CREATE AN ACCOUNTSIGN IN
History of Technology Type Opinion Topic

Though many of us lived through the flu pandemics of 1957 and 1968, almost nobody can dredge up personal memories of those times. And that's interesting. 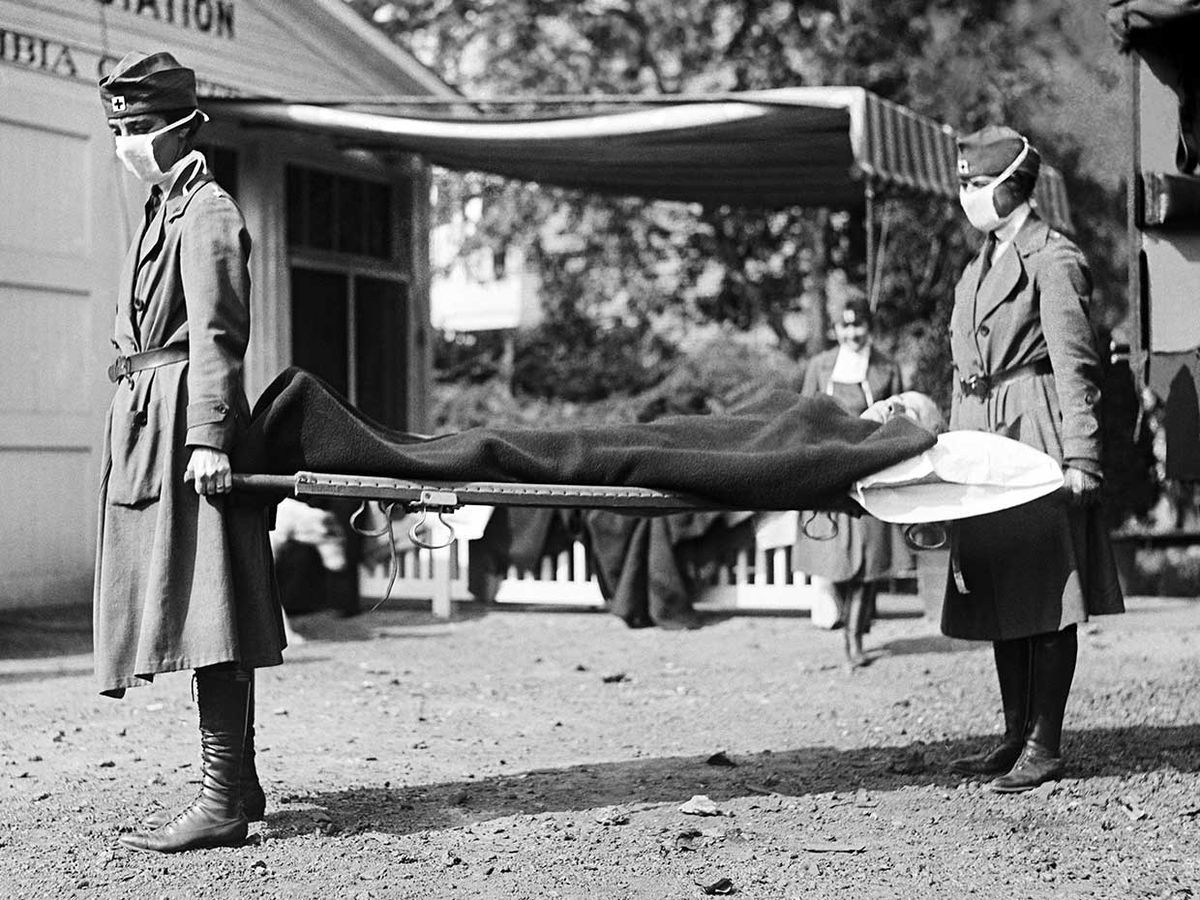 When SARS-CoV-2, a new coronavirus, began to spread outside China in the early months of 2020, both the news media and scientific publications looked back to the most lethal pandemic in modern history. It was called the Spanish flu, though it had nothing whatever to do with Spain.

That pandemic began early in 1918, its third and final wave was spent only a year later, and we will never know the exact death toll. Published estimates range from about 17 million to 100 million, with 50 million being perhaps the most likely total. If we divide that number by the 1.8 billion people that were alive in the world, we get at a global mortality rate of about 2.8 percent.

What I find strange is that the unfolding COVID-19 event has prompted relatively few references to the three latest pandemics, for which we do have good numbers. The first event, caused by the H2N2 virus, began to spread from China in February 1957 and ended in April 1958. The second, also beginning in China, came in May 1968, when the H3N2 virus surfaced; the first wave peaked before the year’s end, and in some countries the effects persisted until April 1970. Finally, there was the H1N1 virus, originating in Mexico and declared to be a pandemic by the World Health Organization on 11 June 2009; it stopped spreading before the end of the year.

The Ghost of Pandemics Past

We can only estimate the mortality rates of flu pandemics from generations ago, but we know enough to put today’s challenge in context. SARS-CoV-2 is already much worse than the 2009 event, but its toll is still far lower than for the 1957 pandemic.

In comparison, the worldwide death toll attributable to SARS CoV-2 was about 865,000 by the end of August 2020. Given the global population of about 7.8 billion, this translates to an interim pandemic mortality of about 11 deaths per 100,000 people. Even if the total number of deaths were to triple, the mortality rate would be comparable to that of the 1968 pandemic, and it would be about two-thirds of the 1957 rate.

Yet it is remarkable that these more virulent pandemics had such evanescent economic consequences. The United Nations’ World Economic and Social Surveys from the late 1950s contain no references to a pandemic or a virus. Nor did the pandemics leave any deep, traumatic traces in memories. Even if one very conservatively assumes that lasting memories start only at 10 years of age, then 350 million of the people who are alive today ought to remember the three previous pandemics, and a billion people ought to remember the last two.

But I have yet to come across anybody who has vivid memories of the pandemics of 1957 or 1968. Countries did not resort to any mass-scale economic lockdowns, enforce any long-lasting school closures, ban sports events, or cut flight schedules deeply.

Today’s pandemic has led to a deep (50 to 90 percent) reduction in flights, but during the earlier pandemics, aviation was marked by notable advances. On 17 October 1958, half a year after the end of the second pandemic wave in the West and about a year before the pandemic ended (in Chile, the last holdout), PanAm inaugurated its Boeing 707 jet service to Europe. And the Boeing 747, the first wide-body jetliner, entered scheduled service months before the last wave of the contemporary pandemic ended, in March 1970.

Why were things so different back then? Was it because we had no ­fear-reinforcing 24/7 cable news, no Twitter, and no incessant and instant case-and-death tickers on all our electronic screens? Or is it we ourselves who have changed, by valuing recurrent but infrequent risks differently?

Vaclav Smil writes Numbers Don't Lie, IEEE Spectrum's column devoted to the quantitative analysis of the material world. Smil does interdisciplinary research focused primarily on energy, technical innovation, environmental and population change, food and nutrition and on historical aspects of these developments. He has published 40 books and nearly 500 papers on these topics. He is a Distinguished Professor Emeritus at the University of Manitoba and a Fellow of the Royal Society of Canada (Science Academy). In 2010 he was named by Foreign Policy as one of the top 100 global thinkers, in 2013 he was appointed as a Member of the Order of Canada, and in 2015 he received OPEC Award for research on energy. He has also worked as a consultant for many US, EU and international institutions, has been an invited speaker in more than 400 conferences and workshops and has lectured at many universities in the North America, Europe and Asia (particularly in Japan).

How this gadget figured in the shady Rubicon spy case

The HX-63 cipher machine is an electromechanical, rotor-based system designed and built by Crypto AG.
The machine uses nine rotors [center right] to encrypt messages. A dual paper-tape printer is at the upper left.

Growing up in New York City, I always wanted to be a spy. But when I graduated from college in January 1968, the Cold War and Vietnam War were raging, and spying seemed like a risky career choice. So I became an electrical engineer, working on real-time spectrum analyzers for a U.S. defense contractor.

In 1976, during a visit to the Polish Army Museum in Warsaw, I saw an Enigma, the famous German World War II cipher machine. I was fascinated. Some years later, I had the good fortune of visiting the huge headquarters of the cipher machine company Crypto AG (CAG), in Steinhausen, Switzerland, and befriending a high-level cryptographer there. My friend gave me an internal history of the company written by its founder, Boris Hagelin. It mentioned a 1963 cipher machine, the HX-63.