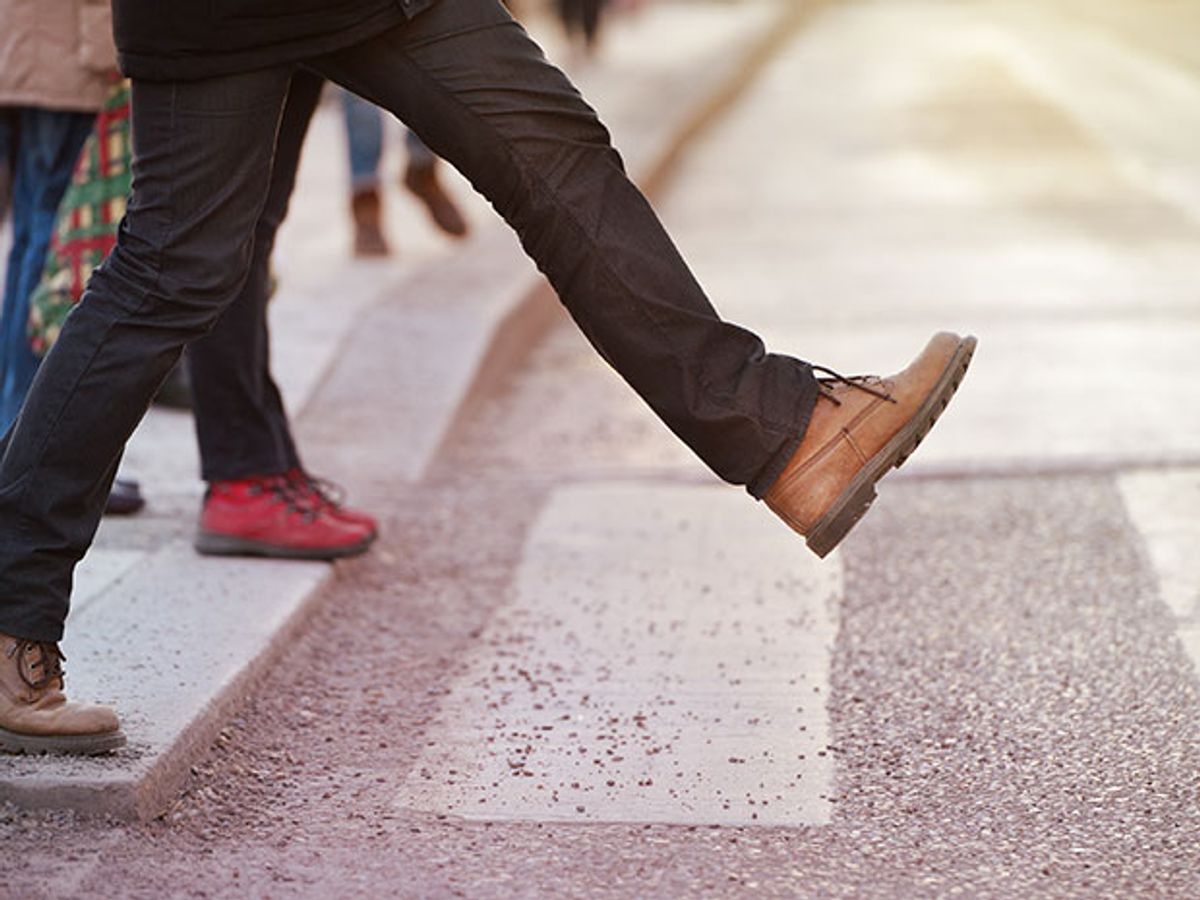 Pedestrians will quickly learn how to game tomorrow’s robocar-dominated traffic system, often bringing it to a halt, according to a model based—of course—on game theory.

“From the point of view of a passenger in an automated car, it would be like driving down a street filled with unaccompanied five-year-old children,”writes Adam Millard-Ball today in theJournal of Planning Education and Research.

Millard-Ball, who teaches environmental studies at the University of California at Santa Cruz, modeled what he calls crosswalk chicken, in which a brazen pedestrian crosses in front of oncoming cars, daring them to run him over. Of course, in today’s world, such effrontery is dangerous because drivers may be inattentive, particularly when operating under the expectation that pedestrians will not act like total jerks.

But in the right context, say that of a college town—where students can be at once inattentive, inebriated, and jerks—drivers “adjust to the unpredictability of pedestrians and modify their speed and behavior accordingly,” Millard-Ball observes.

The game of chicken was originally conceived as a race between two cars hurtling toward each other along a single lane: the first driver to swerve loses. In the Cold War era, game theorists aimed to apply its lessons to the problem of nuclear deterrence. Key to it all was convincing an enemy country that your country would retaliate to certain heinous provocations even though this would bring about nuclear Armageddon.

One way to bolster any such threat of murder-suicide is by taking away one’s ability to avoid carrying it out under the specified conditions. In nuclear deterrence, this involves the so-called Doomsday device (which only works if you announce its existence). In the car game, it involves ripping out the steering wheel to demonstrate that you couldn’t swerve even if you wanted to.

“Autonomous vehicles are incapable of such behavior, and cannot credibly pretend to be sociopathic,” writes Millard-Ball. “Pedestrians and other human road users, in contrast, gain incentives to behave erratically, even where they do not have the legal right of way. The more it seems that a bicyclist will run a stop sign, a pedestrian step into the road, or a human driver ignore a red light, the more cautiously an autonomous vehicle will behave. Pedestrians gain an incentive to pretend to be drunk, or to ostentatiously behave as if they had no conception that cars could be dangerous.”

Self-driving cars, which have politeness and caution built in from the start, will always fall for such a ruse. And, once robocars make up most of the vehicles on the road, stopping the general flow of traffic will literally be child’s play.

Tomorrow’s parents may feel confident enough to let their kids off their leashes near busy roads. Dogs too. Even wild animals will learn to game the system, as wild coyotes now do in downtown Chicago, where they time traffic and take account of traffic laws. Robocars will be pushovers for any passing cat, squirrel, or pigeon.