NXP's BlueBox Bids To Be The Brains of Your Car 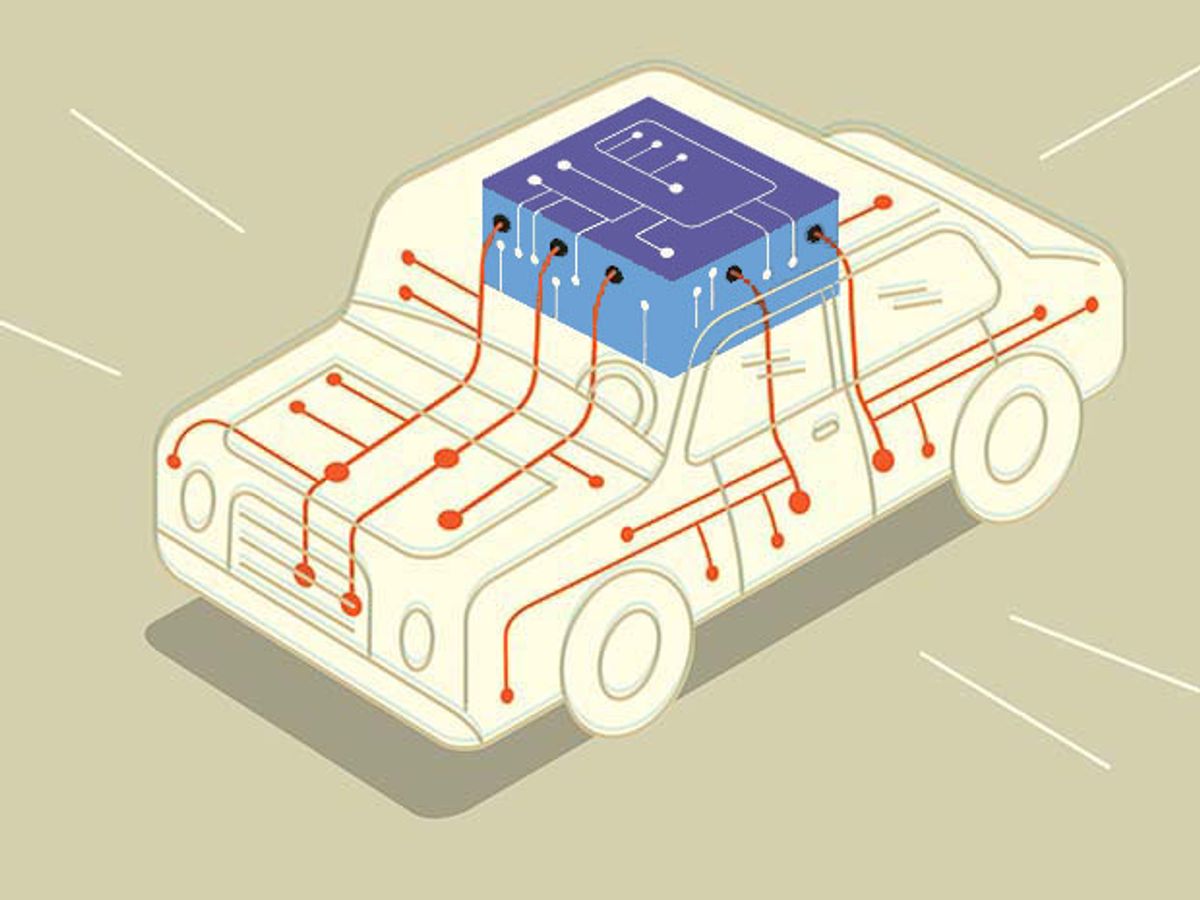 “We already build processors for radar, vision, and LIDAR, and we see these systems now being combined,” says Bob Conrad, who heads NXP’s automotive microcontroller business.

He spoke from his Austin, Texas, office, where he’d worked for Freescale until last year, when NXP bought it for US $12 billion. That acquisition created what NXP now says is the largest supplier of automotive semiconductors in the world.

Others might regard that claim as a bit of a challenge. Particularly Nvidia. BlueBox can be viewed, in part, as a riposte to the Drive PX package that Nvidia began offering to car makers last year as the basis for the brains of their own systems (notably electric racing cars)

Conrad pooh-poohs Nvidia’s methods: “They have no intermediate processors, and that’s not the way people do it today, not how they bundle options on cars. It’s a Big Bang approach; I’m not saying it will never happen, but it’s not what’s happening now.”

He maintains that NXP’s business has the edge because it doesn’t depend on when or even if self-driving cars become the rule. “About 80 percent of the silicon content is in Level 3,” he says, referring to a standard category of autonomy, in which the car drives itself but the human must always be prepared to grab the wheel (think Google car). “Levels 4 and 5 are only the last 20 percent of silicon content.”

Level 4 cars let you sit back, tune out, and read a book. Level 5 cars won’t even allow you to intervene: they don’t even have a steering wheel.

Both Nvidia and NXP are putting themselves in the limelight more than usual for companies that supply ingredients instead of a final product. Even their products’ names—Drive PX, BlueBox—slip trippingly off the tongue.

It’s all part of the auto industry’s scramble for the new, data-driven core of the business. Everyone wants to claim dominion over the value-added brains of the car and leave the rapidly commodifying brawn to the OEMs.

It’s all happened before. A memorable example occurred in the PC business, when, back in the early 1990s, Intel broke precedent by advertising as a product what had until then been a mere component. Its “Intel Inside” campaign turned a bland corporate name into a buff, best-selling brand.