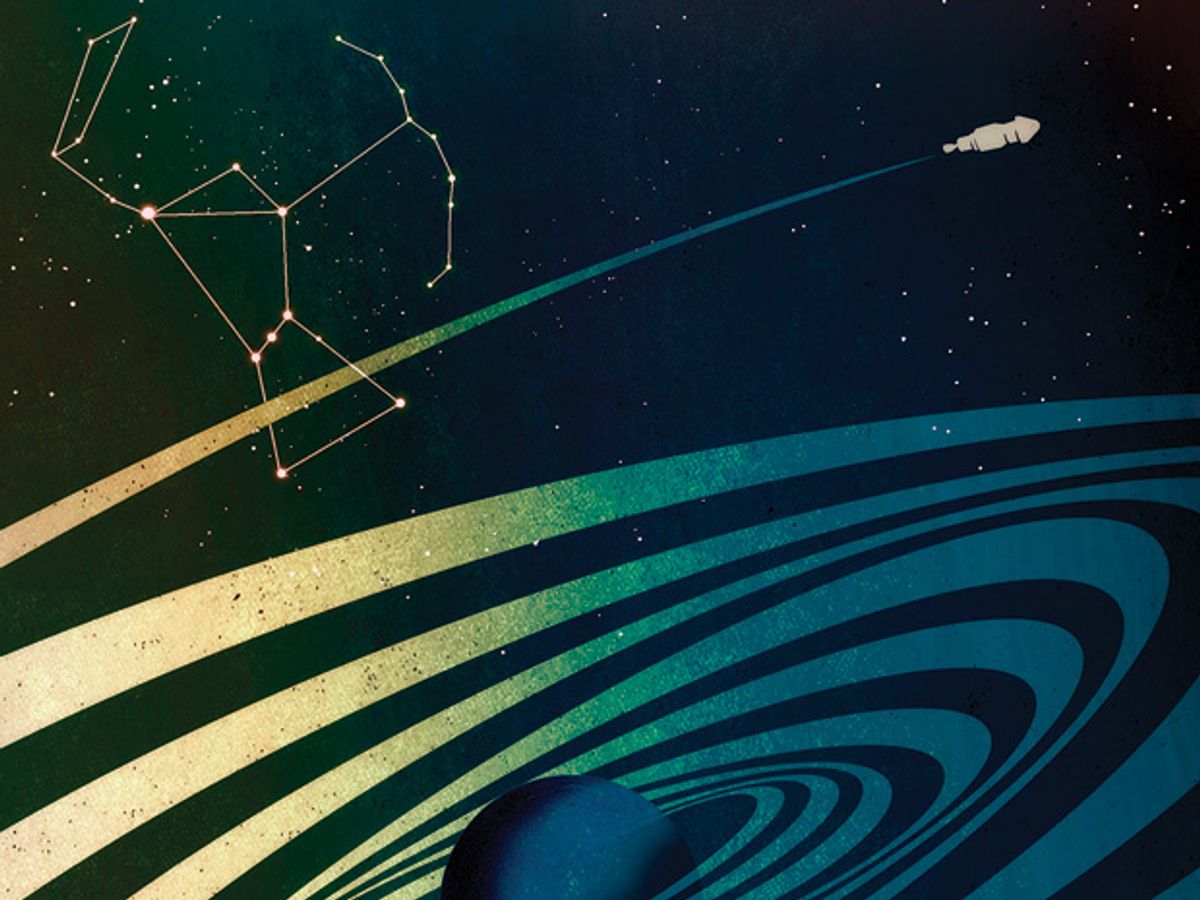 NASA has found itself curiously earthbound of late. Since it retired the space shuttles in 2011, the U.S. space agency has had to send astronauts to the International Space Station aboard Russian rockets.

But NASA has its sights set on targets well beyond low Earth orbit. And this September, the agency will make its first step toward getting astronauts there, with the first launch of an Apollo-inspired crew module called Orion [video].

This test drive won’t carry humans—or even seats, for that matter—but it will go a long way toward proving that the agency’s human exploration program is alive and well. The hope is that Orion and a new heavy-lift rocket, also in development, will be ready to send astronauts back into lunar orbit by 2021. That would be just shy of the 50th anniversary of Apollo 17, the last of NASA’s crewed moon missions.

In many ways, Orion follows in Apollo’s footsteps. It launches on top of a rocket, just as the Apollo crew capsules did (and as Russian and Chinese capsules do today). It also splashes down in the ocean when it returns. Where it differs is in scale: Apollo supported three astronauts for less than two weeks, but Orion will be about 30 percent bigger, with enough space to support four astronauts for 21 days, or fewer astronauts for longer periods.

Orion is paired with the Space Launch System (SLS), a new heavy-lift rocket. The spacecraft, again uncrewed, may go around the moon before returning to Earth.

A rocket-powered cap designed to separate the spacecraft from the launcher is tested at high altitude.

A robotic spacecraft launches into deep space to rendezvous with and capture a space rock and bring it close to the moon.

Orion takes its first crew into space, potentially to the moon, to investigate the retrieved space rock.

According to a controversial plan announced in April, the astronauts would get into lunar orbit and then investigate a small space rock that a previous robotic mission would have placed near the moon after plucking it from its original orbit. After that, the agency says, Orion could be paired with other modules yet unbuilt. These could provide enough extra propulsion and living space to take Orion crews to Mars. “That’s the beauty of the design—it’s very flexible,” says Orion program manager Mark Geyer, who is based at NASA’s Johnson Space Center, in Houston.

Such trips will take their toll, however. Spacecraft returning from Earth orbit hit the atmosphere at about 28 000 kilometers per hour, but those heading back from the moon come screaming in at some 40 000 km/h, raising the temperature of a craft’s exterior to about 2700˚C. One major goal of Orion’s maiden flight is to test the capsule’s 5-centimeter-thick epoxy heat shield.

The capsule will be launched from Florida atop a Delta IV Heavy rocket and loop around Earth twice, reaching an altitude of about 5800 km—some 15 times as high as the International Space Station. Then it will dive back into the atmosphere at more than 32 000 km/h, 84 percent of the speed of a return from the moon. As it descends, the craft will reach temperatures of more than 2200˚C, some 500 degrees cooler than in a real lunar return.

The flight will also test the capsule’s parachutes, which will slow the craft down before it splashes into the water off the coast of California. The parachutes have already been dropped from aircraft to test them in the atmosphere, but because the chutes interact as they open, it’s important to subject them to the “exact environments and speeds that we’re going to see with people,” Geyer says. Engineers will also be watching to make sure that the cover that sits over the chutes ejects as designed after a pyrotechnic device is fired.

Two more test flights are planned in order to prove Orion ready to carry people. One will come in 2017, when Orion will be paired with the new Space Launch System (SLS), which will most likely send it on a jaunt around the moon. Another flight will test an escape mechanism that Apollo had but the space shuttle did not—a rocket-powered cap that would blast Orion away from its launcher in an emergency. The SLS will boast at least 10 percent more thrust than the Apollo program’s Saturn V, the most powerful rocket flown to date.

The road ahead is uphill. A recent report [PDF] from NASA’s inspector general says that the agency is tracking 248 technical issues with the Orion program. And it warns that the program’s flat funding projections leave a thin cushion in the budget to deal with any snags that may arise. Indeed, NASA’s departing deputy administrator, Lori Garver, said in September that the 2017 uncrewed flight with the SLS and the first crewed flight in 2021 already look like they might be delayed by a year or two.

Still, the journey of a thousand miles begins with a single step, and this year’s test could pave the way for more ambitious missions. “If I were back in the astronaut corps, I would be looking forward with great desire to be able to go beyond Earth orbit,” says Jeffrey Hoffman, a professor of astronautics at MIT and a former space shuttle astronaut. “Let’s hope that the astronauts of a decade from now will get a chance to do that.”

This article originally appeared in print as “To Low Earth Orbit and Beyond.”

A freelance journalist based in Boston, McKee has covered space for more than 10 years. But despite a trip out to ESA’s space center in Kourou, French Guiana, she’s never managed to see a rocket take off. “I seem to have very bad luck with launches,” McKee says. She’s hoping the stars will align with Orion.