Microparticles could zip inside fluid to generate hydrogen gas 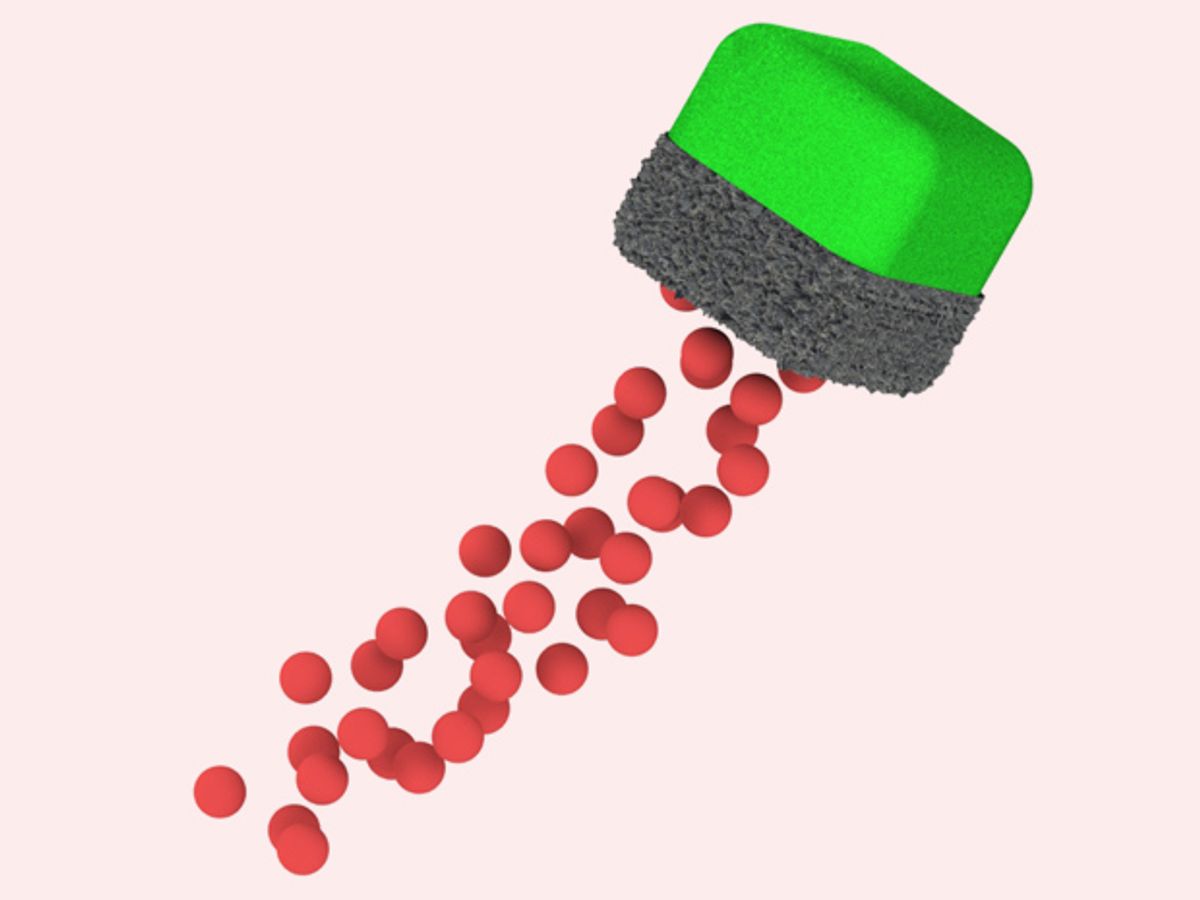 Hydrogen fuel cells promise vehicles whose only emission is water. But their appearance, at least as a one-to-one replacement for internal combustion engines, has been stymied by the challenges of storing hydrogen gas. Now researchers say micromotors could help vehicles generate hydrogen gas on board in order to power hydrogen fuel cells.

Hydrogen fuel cells work by combining hydrogen with oxygen from the air to generate electricity and water vapor. Instead of storing hydrogen gas in bulky pressurized tanks, scientists have suggested storing the fuel in the form of liquids loaded with hydrogen-containing salts such as sodium borohydride, which release hydrogen gas when exposed to a metal catalyst.

Now scientists at the University of California, San Diego, suggest they have solved these problems by using 20-micron-wide particles that act like self-propelled micromotors. These so-called "Janus particles" have two different faces, just like the Roman god Janus; one side is made of a very fine catalytically active platinum powder, while the other is coated with titanium. They detailed their findings online in the 23 April edition of the journal Angewandte Chemie.

When these microparticles are submerged in a solution of sodium borohydride, their platinum sides react with the hydrogen-loaded salt while their titanium sides remain inactive. As the platinum produces hydrogen gas, this “exhaust” pushes each microparticle around inside the fluid at speeds of roughly 250 micrometers per second.

As these micromotors zip back and forth, they keep the sodium borohydride solution mixed. At the same time, the solid byproducts of the catalytic reactions cannot get enough grip to grow on these roving particles. This results in a rate of hydrogen generation roughly nine times as fast as a fuel cell with conventional static catalytic nanoparticles.

The researchers demonstrated that their concept worked by propelling a small model car with a hydrogen fuel cell equipped with their Janus particles.