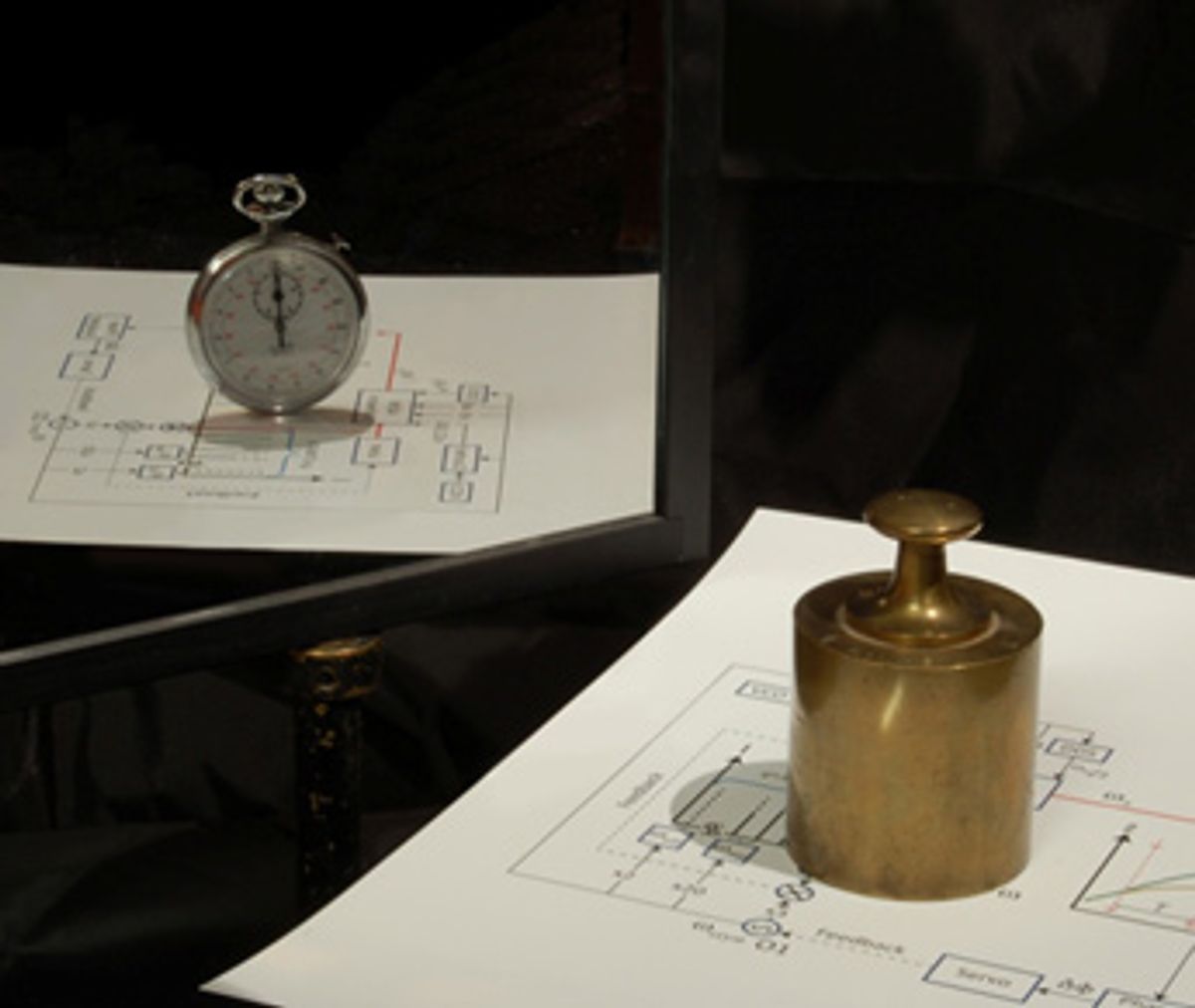 And now, to the list of all we know on earth and all we need to know, we can add this: time is mass, and mass is time.

Actually, the realization is more than 80 years old. In his PhD dissertation, Louis de Broglie mated the Planck relation (E=hν) and the Einstein mass-energy equivalence (E=mc2) to assign a frequency to every mass—the Compton frequency, ω0=mc2/ħ (h-bar, of course, is the Planck constant divided by 2π.)

In the past, the matter-wave has had limited practical application: the frequency is just too high to measure. A single cesium-133 atom, for example, has a Compton frequency of about 3 x 1025 Hz. The picture has changed a bit over the past decade, as scientists (including U.S. Secretary of Energy and former Lawrence Berkeley National Laboratory director Steven Chu) have developed atom interferometers—devices that can measure the differences in Compton frequency between different masses.

In a new Science paper, physicists at the University of California at Berkeley and the Lawrence Berkeley National Laboratory say they have extended the technique to measure the relativistic Compton frequency shifts between two initially identical masses. The advance allows them to exploiting the familiar “Twin Paradox” (It isn’t really a paradox, though it does involve twins; a twin accelerated to near-light-speed for a trip to Alpha Centauri and back will return to earth having aged much less than the sibling who remained behind).

Shau-Yu Lan and colleagues in the Berkeley "Matter Wave" group led by Holger Müller, used frequency-comb-stabilized lasers to establish a steady frequency difference between two cesium-133 atoms, one in motion relative to the other. (The diagram to the right shows the world-lines of the two cesium atoms; the red arrows are the laser pulses.) Every so often, the researchers would interrupt the feedback loop stabilizing the lasers, and the briefly destabilized system would jump. This jump—a “Ramsey-Bordé photon recoil measurement” (which I imagine as the twang of a plucked string, though that’s probably inaccurate)—is a function of underlying Compton frequency. A little arithmetic (all right, a lot of arithmetic), and there you have it: ω0 for all the world to see.

The initial experiments yielded a cesium-133 Compton frequency of 2 993 486 252 ± 12 x 1016—within about 5 parts per billion of the expected value.  The authors describe this accuracy as “modest,” roughly equivalent to that of the first cesium atomic clocks. They do, however, anticipate immediate improvements that might allow a Compton clock, with its inherently higher stability and quality factor, to serve as a primary time standard.

Even more intriguing is the prospect of a practical definition of mass based on the same physical constants that now define all other primary units of measurement. A Compton clock definition of mass would be accurate to about 4 parts per billion, an order of magnitude better than anything possible with the current SI physical standard.