Reading big documents on little phones is no fun, but help is at hand. 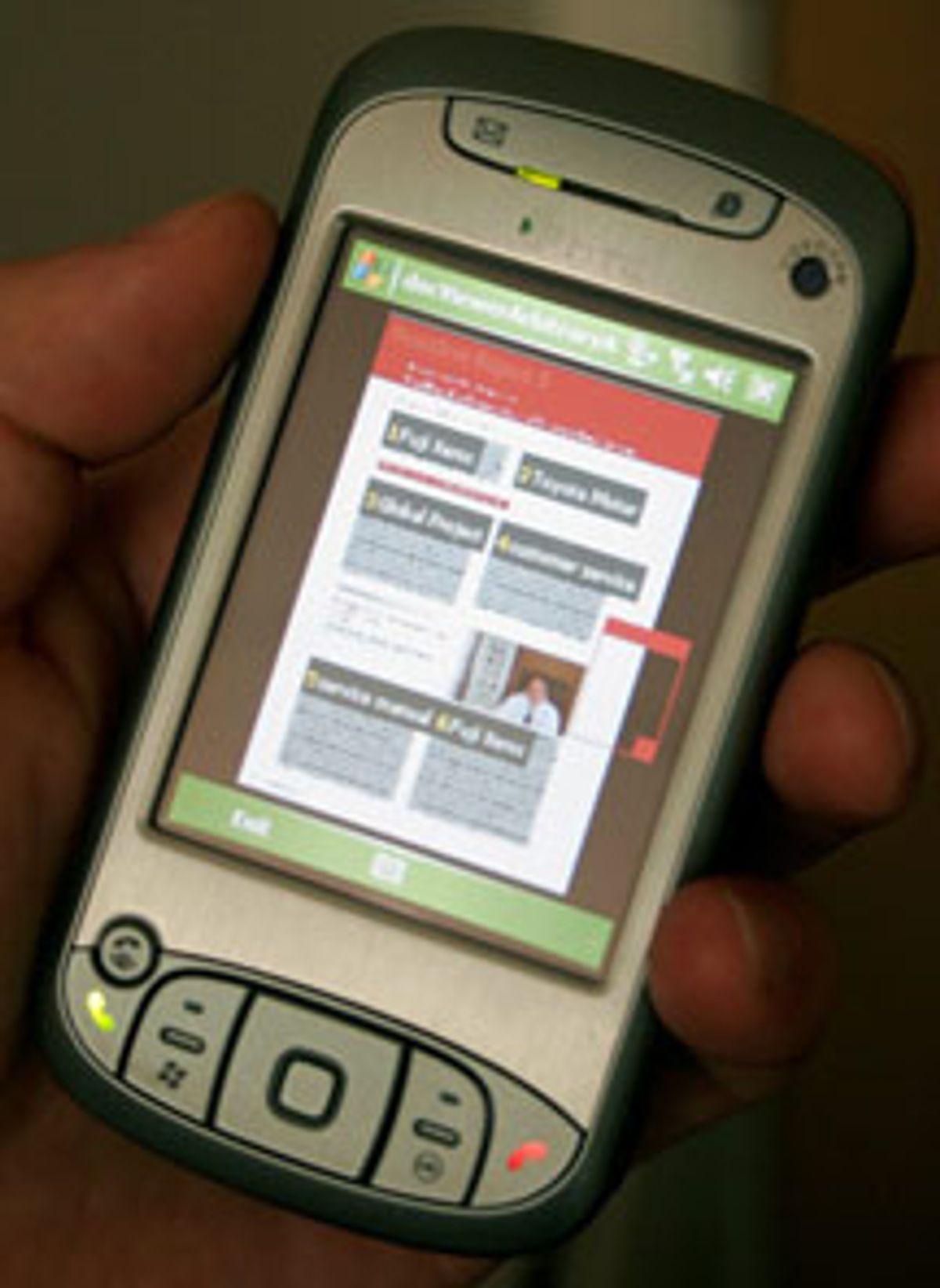 Yes, you can read through piles of long documents on your little smartphone. It can be a painful experience, however, particularly if you’re trying to do more than read straight through—browsing, skimming, and annotating are particularly tough. But admit it—you’d really like to take all your reading with you on your smartphone or pad computer. So we have good news for you: Help is coming. Here are three things that will soon make reading big documents on small devices a little less painful. (And you can see more here, here and here.)

1. Automatic organization. Now under development at FX Palo Alto Laboratory (a subsidiary of Fuji Xerox), the FX Seamless Document Viewer includes a package of automatic-organization tools. These summarize individual documents and assign one- or two-word key phrases to each. They also split up long documents into separate sections and tag them. Then they stack up the documents or sections for viewing in two ways. A user can see the location and frequency of key phrases at a glance or page through images of the document with key phrases highlighted.

2. Multimedia Thumbnails. This research project in Ricoh Innovations’s California Research Center, automatically generates a pan-and-zoom “movie trailer” for the document. It extracts salient document elements and visual focus points, and determines a reading order based on the layout.

3. Going beyond the finger swipe. Developers are struggling to find how best to match available input gestures to functions on the device. On the iPhone, essential gestures are largely reserved for navigation. Users swipe the display to move the viewport across a typically larger document, but if a finger makes the document move, how do you select an area within the document? Researchers are experimenting with gestures that start at icons appearing on the relatively unoccupied sides of the display and trigger where the user lifts his or her finger off the surface. This would allow you to use a finger for cut-and-paste operations while minimally affecting the navigation tasks.

Michael Dumiak is a Berlin-based writer and reporter covering science and culture and a longtime contributor to IEEE Spectrum. For Spectrum, he has covered digital models of ailing hearts in Belgrade, reported on technology from Minsk and shale energy from the Estonian-Russian border, explored cryonics in Saarland, and followed the controversial phaseout of incandescent lightbulbs in Berlin. He is author and editor of Woods and the Sea: Estonian Design and the Virtual Frontier.

Generator by Schaeffler, hub motor and system integration by Heinzmann, hardware by Bayk—in all, a bike-by-wire cargo vehicle with no chain

An increasingly-seen sight in Berlin and other German cities is the oversized electric cargo delivery bike, hissing along (and sometimes in bike lanes) like parcel-laden sailboats on appointed Amazon rounds. German manufacturer Schaeffler sees an opportunity: it is introducing a new generator at the heart of a smart drivetrain concept that some observers are calling bike-by-wire.

It's a bike with no chain.

In an excerpt from his new book, Martin Ford discusses the potential for an AI winter

Martin Ford is the founder of a Silicon Valley-based software development firm. He is the author of Rise of the Robots, which won the FT Business Book of the Year Award; The Lights in the Tunnel; and Architects of Intelligence. Ford lives in Sunnyvale, Calif.

A few years ago, Martin Ford published a book called Architects of Intelligence, in which he interviewed 23 of the most experienced AI and robotics researchers in the world. Those interviews are just as fascinating to read now as they were in 2018, but Ford's since had some extra time to chew on them, in the context of a several years of somewhat disconcertingly rapid AI progress (and hype), coupled with the economic upheaval caused by the pandemic.

In his new book, Rule of the Robots: How Artificial Intelligence Will Transform Everything, Ford takes a markedly well-informed but still generally optimistic look at where AI is taking us as a society. It's not all good, and there are still a lot of unknowns, but Ford has a perspective that's both balanced and nuanced, and I can promise you that the book is well worth a read.

The following excerpt is a section entitled "Warning Signs," from the chapter "Deep Learning and the Future of Artificial Intelligence."