How Long Before Sodium Batteries Are Worth Their Salt? 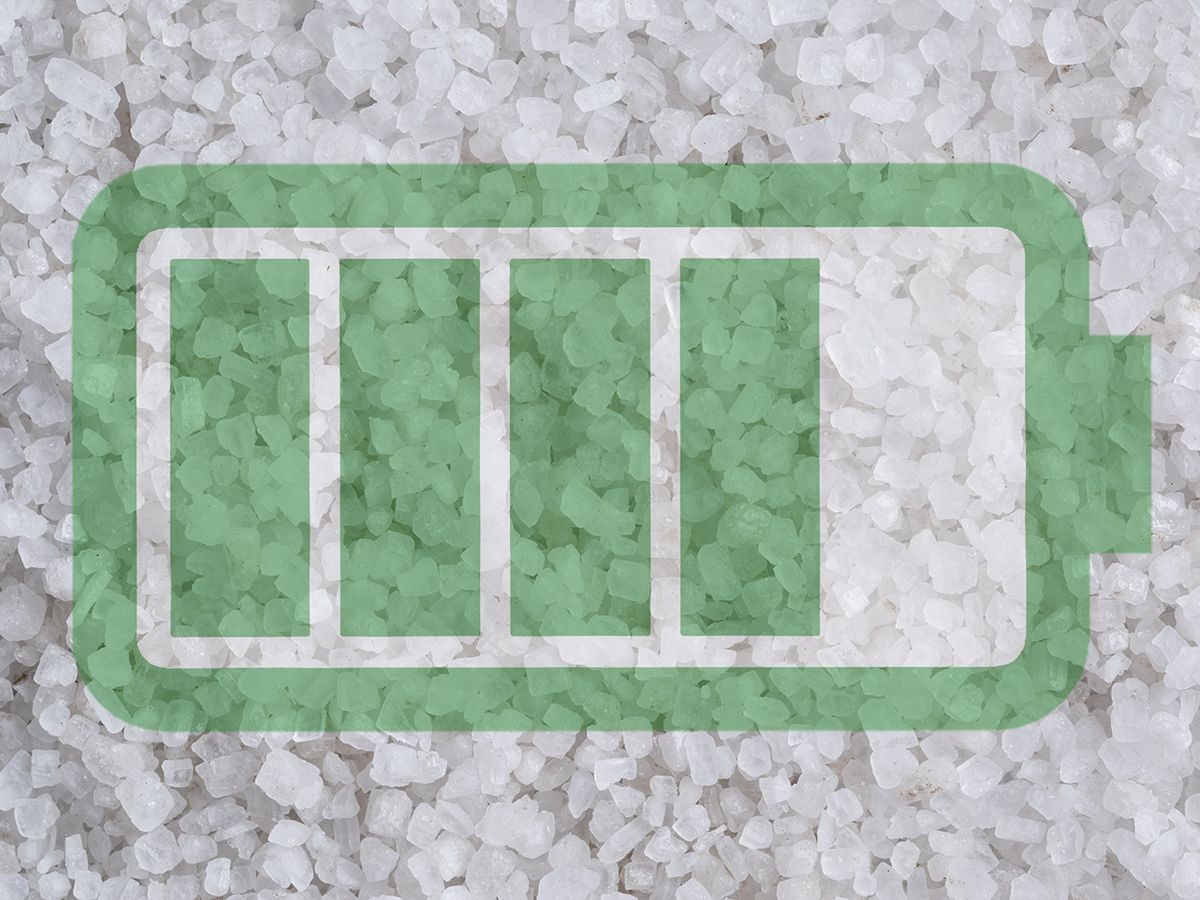 Today, lithium is the active ingredient in batteries that power smart phones, laptops, and cars. But because of the price of lithium, researchers have been looking for another, more abundant element that could replace it. Several start-ups and established companies have tackled the idea of developing rechargeable batteries in which the active ingredient is sodium, lithium’s neighbor on the periodic table.

Besides its availability, sodium has several other important properties—not the least of which is its resistance to catching on fire. What’s more, “It was a good candidate because it could store a similar amount of energy as compared to lithium,” remembers Minah Lee, who does research on sodium batteries at Stanford University.

Batteries made by Tiamat, a sodium battery startup spun off from the National Center for Scientific Research in France. Photo: Beaujot/RS2E

Today a number of companies are working on developing sodium batteries with the ultimate aim of replacing lithium as the key ingredient. The CNRS, The National Center for Scientific Research in France, recently announced the creation of Tiamat, a start-up company based in Amiens, France, that will develop and bring to the market a sodium rechargeable battery by 2020. CNRS says the battery will be designed in the widespread industrial 18650 format.

In the United States, Aquion, a startup whose focus is the production of high-capacity saltwater batteries for energy storage, escaped bankruptcy by a hair’s breadth. Initially funded with $190 million mainly by Bill Gates and Kleiner Perkins, Aquion was acquired in July by Juline Titans LCC for $9.16 million.

Also, researchers at several universities are now focusing on swapping sodium for lithium in batteries. The advantage these scientists have is that they can use large instruments, such as accelerators, to investigate the anode materials and how they function. “We can get great insight into where the sodium actually goes—both at a detailed atomic level (how it bonds with other atoms) and at much larger scales—as well as how the electrode particles change when they take up sodium,” says Michael Toney,  a researcher at the SLAC National Accelerator Laboratory, operated by Stanford University.

However, reception for sodium batteries by power utilities and by manufacturers of electrical power systems for cars has remained cool. For the moment, they’d prefer to stick with lithium. “The cost of today’s lithium-ion battery technology is very competitive across a variety of markets,” says David Snydacker, a battery expert at Dosima Research. “So for these new sodium batteries to succeed, they not only have to compete against conventional technologies,  but have to compete against lithium batteries—currently a tall order.”

One problem that has not yet been resolved is finding or creating a high capacity anode, the negative side of the battery.  A favored material is hard carbon, a form of the element with a peculiar structure that allows the storage of sodium ions in spaces in-between atoms. "Lithium-ion batteries use graphite, but this does not work for sodium ions,” says Toney. “Instead we use hard carbon. This is not optimal and nobody really understands what this material is."

Also, scalability is an important factor, says Lee. “We can rescale on different sizes of battery. The point of my electrode material is its sustainability. It is based on biomass, so for larger amounts you have a better benefit of the material,” says Lee.  Another important factor for finding a receptive market is a battery that can be produced with current industrial production lines. “[Sodium batteries’] processing should be very similar [to that of their lithium-ion counterparts],” says Lee.

Though the researchers associated with Tiamat have given themselves that tight 2020 deadline to start production, it remains to be seen whether they’ll hit their target. “There is still a lot of work, we did not get there yet,” admits Mathieu Morcrette of the University of Picardie “Jules Verne” in France.

The price of sodium as a raw material is much lower than lithium because of its relative abundance. Sodium sells at about $150 a ton compared to $15,000 a ton for lithium. After refinement, a battery made from sodium would be 5 to 10 percent cheaper than an identical battery made of lithium, estimates Snydacker. But because sodium has a lower charge capacity than lithium, sodium batteries are heavier and require more materials to manufacture, which adds far more to the overall cost than is saved by replacing lithium with sodium. Also, Snydacker thinks sodium batteries will be inferior in performance, and ultimately can’t compete with a lithium-based technology that has been perfected over the last few decades.

Editor’s note: This story was updated on 19 December to accurately represent the viewpoints of David Snydacker in the final paragraph.

This Startup Says Their Battery Tech Beats Rivals By 10 Percent