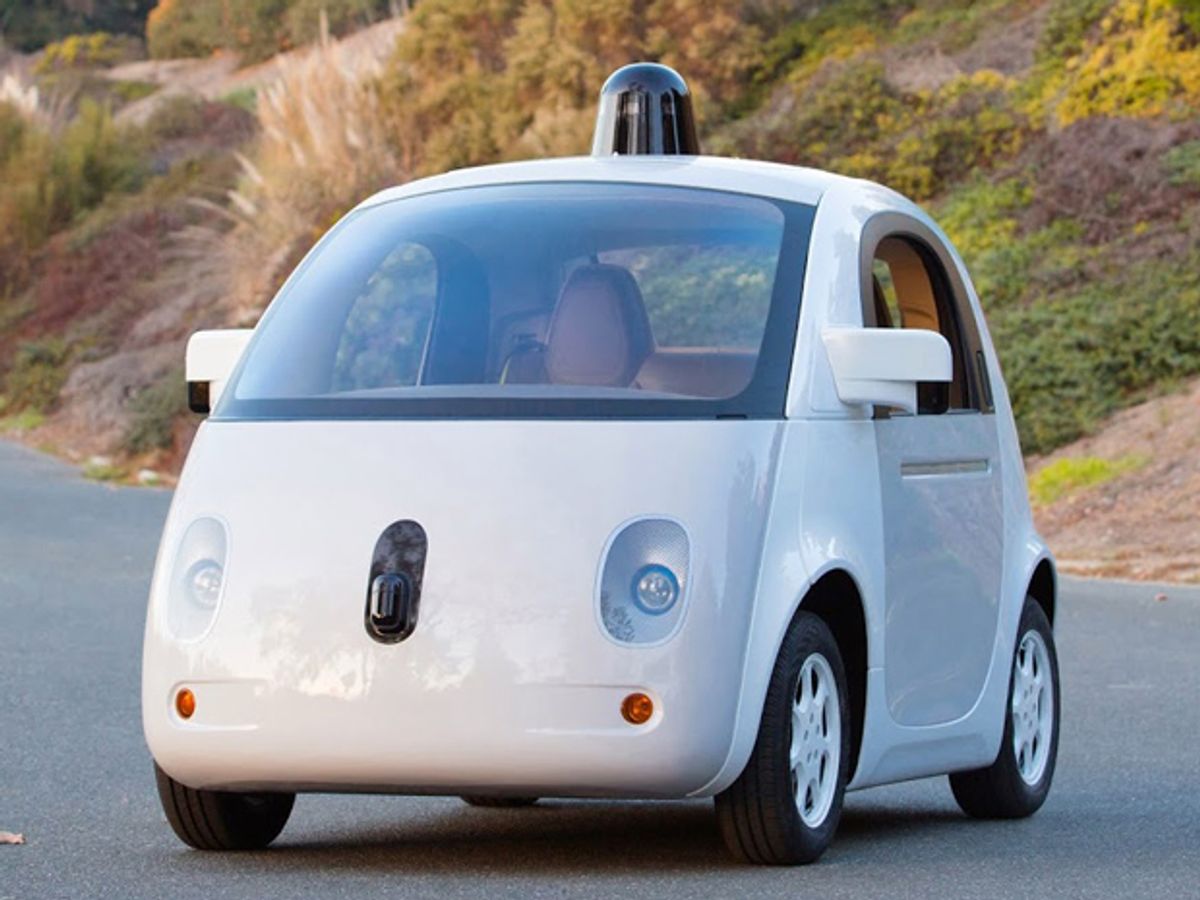 Google unwrapped an early Christmas present in the form of the first “fully functional” version of its compact self-driving car last Monday. The company plans to begin testing its two-seater, all-electric vehicle on public roads in Northern California starting in 2015.

Google is the first big company to unveil a self-driving car prototype built from scratch rather than something based on an existing car model, according to the San Jose Mercury News. It’s also one of seven companies to have won approval from California’s Department of Motor Vehicles to begin testing driverless cars on public roads since September. (It got its cars licensed in Nevada in 2012.) But Google still needs additional approval from state officials before it can legally test such cars on public roads without a human driver.

The vehicle we unveiled in May was an early mockup—it didn’t even have real headlights! Since then, we’ve been working on different prototypes-of-prototypes, each designed to test different systems of a self-driving car—for example, the typical “car” parts like steering and braking, as well as the “self-driving” parts like the computer and sensors. We’ve now put all those systems together in this fully functional vehicle—our first complete prototype for fully autonomous driving.

Google’s self-driving car includes a number of notable features designed to make pedestrians and cyclists less afraid of the idea of a robot car. For instance, the car’s front end includes foam and a soft windshield to dampen the blow of any potential collision with soft-bodied objects. But the car’s final design would only have start and stop buttons for the human passengers; no wheels or gas and brake pedals. That’s a strong indication of Google’s ambitions in leaping ahead with the driverless car future.

Previous Google tests of self-driving cars—modified versions of Lexus and Toyota vehicles—have taken place with a human driver behind the wheel just in case. Google eventually hopes to test its new self-driving prototype without human drivers sometime next year. It’s negotiating with officials at NASA's 2000-acre Ames Research Center at Moffett Field, California, to carry out tests without human drivers on federal property as a way of dodging California state laws.