Babak Parviz, head of the Google Glass project, hints at what to expect next 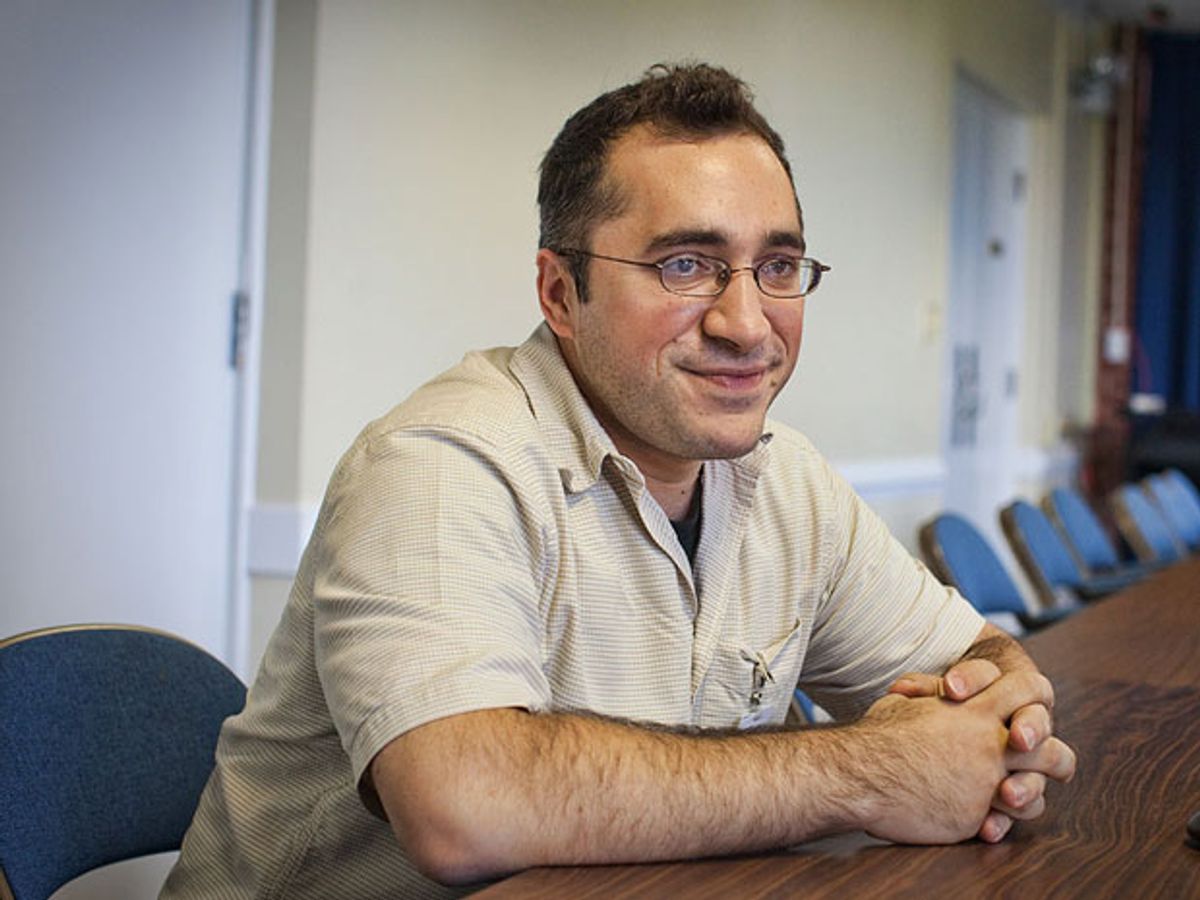 In 2010, Babak Parviz was a professor of electrical engineering at the University of Washington when Google recruited him to work on wearable-computing technologies and lead its Google Glass project. Parviz previously wrote for IEEE Spectrum about creating an electronic contact lens with a built-in display (“Augmented Reality in a Contact Lens”). He provided this update on Google Glass in an interview in mid-December.

IEEE Spectrum: What is Google trying to accomplish with Google Glass?

IEEE Spectrum: So you’re saying to Bruce that he should stay tuned?

Babak Parviz: Yes. I personally find it exciting, and I think in the future it will actually come.

IEEE Spectrum: It’s been around six months since Google last provided access to Google Glass prototypes. What has changed about the product since then?

Babak Parviz: We constantly try out new ideas of how this platform can be used. There’s a lot of experimentation going on at all times in Google. We’re also trying to make the platform more robust. This includes making the hardware more robust and the software more robust, so we can ship it to developers early this year.

IEEE Spectrum: Are there any specific new features?

Babak Parviz: We haven’t actually talked about specific features. We have mentioned some basic capabilities, like taking a picture and sharing it. We are experimenting with a lot of things. The feature set for the device is not set yet. It is still in flux.

IEEE Spectrum: How will people interact with Google Glass?

Babak Parviz: Right now, we have a touch pad on the device that allows people to change things on the device if they wish to do so. We have also experimented a lot with using voice commands. We have full audio in and audio out, which is a nice, natural way of interacting with something that you’d wear and always have with you. We have also experimented with some head gestures.

IEEE Spectrum: What kind of business model is associated with Google Glass?

Babak Parviz: This is still being worked on, but we are quite interested in providing the hardware.

Babak Parviz: At the moment, there are no plans for advertising on this device.

IEEE Spectrum: People have been excited about the possibilities of Google Now, which is a virtual assistant that suggests potentially useful information to you throughout the day, maybe even before you’ve thought of it, such as how much traffic there will be on your commute or what the weather is like at your destination. Will it be possible to incorporate that type of functionality into Google Glass?

Babak Parviz: Google Now is very exciting. It’s recognized as one of the pioneers in really enabling very interesting use cases. I think since our platform allows for very quick access to information—if you need to have access to visual information, you almost instantly get it—something like Google Now could be very compelling.

IEEE Spectrum: Has anyone on the team written any apps for Google Glass?

Babak Parviz: This is a complicated thing. This is not a laptop or a smartphone. It’s an entirely new platform. So how people interact with it and what people do with it is totally new territory. We’ve explored multiple things. We’ve taken pictures and done search and other things with this device. But we hope that when we ship this to developers, other people will also figure out what this very powerful platform is able to do.

Babak Parviz: When we ship this, we will have a cloud-based API [application programming interface] that will allow developers to integrate with Glass, which enables a wide variety of Glass services while keeping a consistent user experience. It's the same API that we used to build the e-mail and calendar services that we test on Glass.

IEEE Spectrum: What’s an example of a use case that someone could potentially write?

Babak Parviz: One example is to send specific types of e-mail to my device so I can read them or have it read to me by my device, and I can then respond to it with my voice. That’s a type of application that is related to the cloud.

IEEE Spectrum: What about accepting a phone call on Google Glass? Will that be possible?

Babak Parviz: We are working on it.

IEEE Spectrum: Some of the most exciting apps for Google Glass, like video, are also the biggest power hogs. How are you addressing the challenge of battery life?

Babak Parviz: That’s a valid concern. We have done a lot of work in this area, and it is still a work in progress. Our hope is that the battery life would be sufficient for the whole day. That’s our target. So you would put the device on in the morning and you’d go about your daily routine. By the time you got back home, the device would still be functioning.

IEEE Spectrum: Some people have voiced concern that smart glasses like Google Glass can have unpleasant side effects like eyestrain or visual confusion. What sort of testing have you done?

Babak Parviz: We have taken this very seriously from the beginning of the project. We’ve looked at this, and we’ve made sure the device is safe, visually and otherwise.

For more about Google Glass, see “Google Gets in Your Face.”

Michael Dumiak is a Berlin-based writer and reporter covering science and culture and a longtime contributor to IEEE Spectrum. For Spectrum, he has covered digital models of ailing hearts in Belgrade, reported on technology from Minsk and shale energy from the Estonian-Russian border, explored cryonics in Saarland, and followed the controversial phaseout of incandescent lightbulbs in Berlin. He is author and editor of Woods and the Sea: Estonian Design and the Virtual Frontier.

Generator by Schaeffler, hub motor and system integration by Heinzmann, hardware by Bayk—in all, a bike-by-wire cargo vehicle with no chain

An increasingly-seen sight in Berlin and other German cities is the oversized electric cargo delivery bike, hissing along (and sometimes in bike lanes) like parcel-laden sailboats on appointed Amazon rounds. German manufacturer Schaeffler sees an opportunity: it is introducing a new generator at the heart of a smart drivetrain concept that some observers are calling bike-by-wire.

It's a bike with no chain.

In an excerpt from his new book, Martin Ford discusses the potential for an AI winter

Martin Ford is the founder of a Silicon Valley-based software development firm. He is the author of Rise of the Robots, which won the FT Business Book of the Year Award; The Lights in the Tunnel; and Architects of Intelligence. Ford lives in Sunnyvale, Calif.

A few years ago, Martin Ford published a book called Architects of Intelligence, in which he interviewed 23 of the most experienced AI and robotics researchers in the world. Those interviews are just as fascinating to read now as they were in 2018, but Ford's since had some extra time to chew on them, in the context of a several years of somewhat disconcertingly rapid AI progress (and hype), coupled with the economic upheaval caused by the pandemic.

In his new book, Rule of the Robots: How Artificial Intelligence Will Transform Everything, Ford takes a markedly well-informed but still generally optimistic look at where AI is taking us as a society. It's not all good, and there are still a lot of unknowns, but Ford has a perspective that's both balanced and nuanced, and I can promise you that the book is well worth a read.

The following excerpt is a section entitled "Warning Signs," from the chapter "Deep Learning and the Future of Artificial Intelligence."