It spent a fortune, but that doesn't mean there's a tech bubble brewing 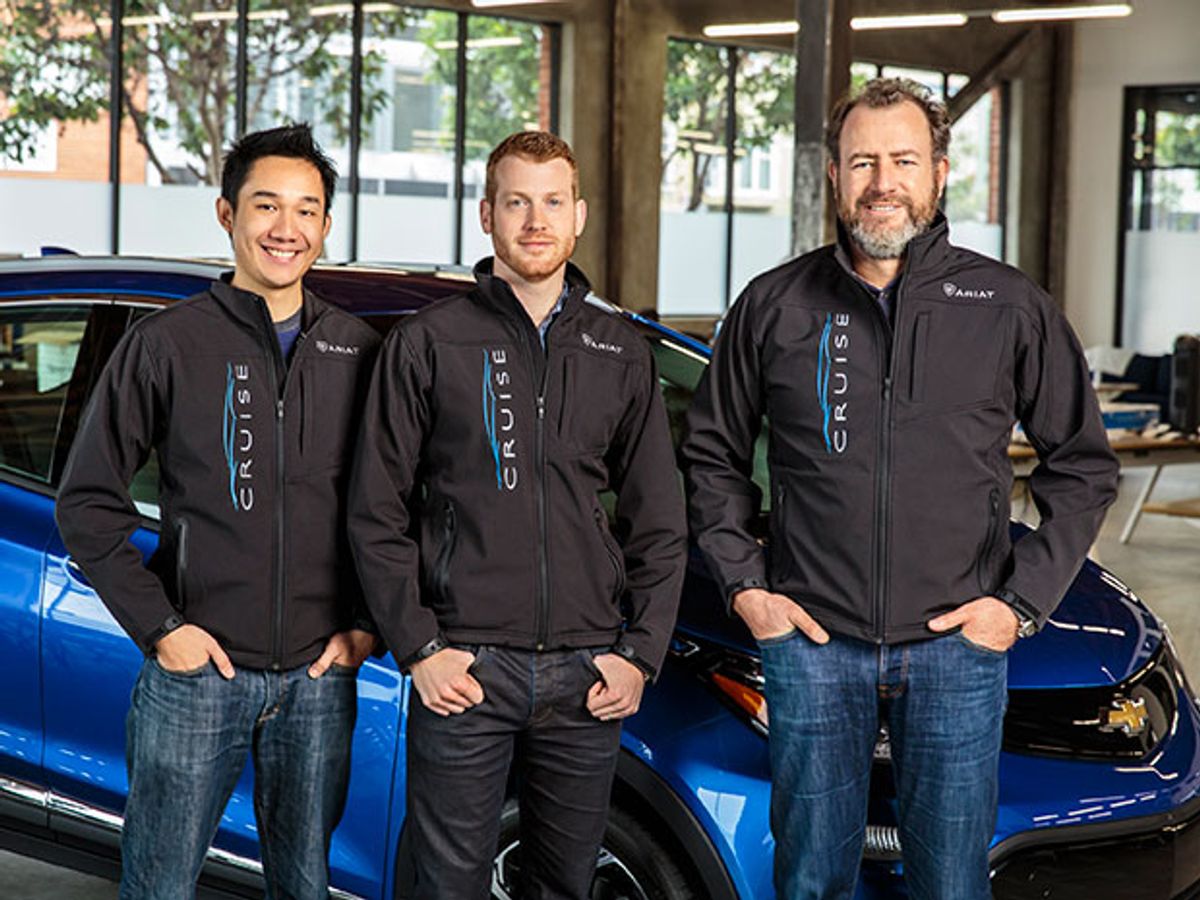 It should be obvious by now that autonomy is the future of cars. Obvious or not, large automotive manufacturers have been (predictably) slow to adapt, which is why the most sophisticated autonomous car you can buy right now, the Tesla Model S, comes from a company that didn't even exist 15 years ago.

In an attempt to brute-force itself into relevancy, General Motors (the parent company of Cadillac, Chevrolet, and GMC, among other brands) invested US $500 million in Lyft "to create an integrated network of on-demand autonomous vehicles" back in January. And last Friday, GM followed this up with the acquisition (worth an estimated $1 billion) of a small autonomous car startup based in Silicon Valley called Cruise Automation.

Over the last few years, many of the largest automakers in the world have been trying to catch up in autonomous vehicle tech with increasingly frantic amounts of money. Last year, for example, Toyota announced a $50 million investment to fund autonomous vehicle research at Stanford and MIT, and followed that up with a $1 billion commitment to its overall robotics and artificial intelligence research, with a focus on automotive safety.

Meanwhile, General Motors’ investment in Carnegie Mellon University during the 2007 DARPA Urban Challenge (and beyond) has been significant, but many of the most experienced CMU researchers went to Uber last year. With other big companies (like Google and Tesla) hiring roboticists like crazy, and most of the academic research centers already cleaned out, GM needed to do something, and that something was pay a ridiculous amount of money for three year old autonomous vehicle technology startup Cruise Automation.

This is not to suggest that Cruise Automation doesn't know what it’s doing. The company has been developing an aftermarket autopilot system that can be adapted to a variety of different consumer cars. The system would have cost about $10,000, and included sensors (such as millimeter-wave radar, stereo video cameras, GPS, and inertial sensors) and software to enable hands-free driving on highways (but not city streets).

GM isn't likely to encourage the idea of a kit that can be applied to non-GM vehicles (like Audis, initially), and it sounds like Cruise will be integrating their technology and expertise directly into GM cars going forward. GM is at least willing to leave them mostly alone to let them do their thing (a popular strategy with tech acquisitions lately): Cruise gets to keep its San Francisco office and operate mostly independently from GM's internal self-driving car team.

A billion dollar valuation for a 40 person company is certainly a lot, but it's not necessarily an indication of a bubble in the self-driving car space. A bubble would imply a trend of systematic over-valuations, which ultimately reveal themselves as the bubble bursts.

However, there are two reasons why a bubble doesn't seem likely in this case. First, there's very little question as to the value of a good autonomous car, and that value is enormous to almost anyone who drives. Consumers have already demonstrated that they're willing to pay thousands of dollars per vehicle for technology packages that include basic highway autonomy, and it's reasonable to think that they'll pay even more (perhaps a lot more) for enhanced safety features all the way up to full autonomy. With the technology in the process of real-world validation, acquiring talent in the space is a prudent (some might say necessary) medium- to long-term investment for a major auto manufacturer looking to stay relevant.

The second reason why this isn’t a bubble is that there simply isn't enough talent out there to generate one. Because robotics involves hardware—and sophisticated robotics involves sophisticated hardware—getting education and experience in the field is a major commitment of time and money that is very unlike the environment that led to oversaturation in the dot-com and app markets. Finding people with the right education and experience is one of the biggest problems that robotics companies (of all kinds) have right now. Cruise, for example, is trying to hire ten new engineers in AI, machine learning, perception, computer vision, and other areas, and even with $1 billion in the bank, they’ll be competing for a very limited number of qualified and experienced people against Google, Toyota, and many other companies with massive resources. By acquiring Cruise, GM has managed to bring on exactly the talent that it needs all at once, which may have otherwise been difficult or impossible to do.

These factors suggest that small autonomous car startups have a lot of real value, both in their technology and in their people. We wouldn't be surprised to see other major acquisitions of companies with proven experience, such as nuTonomy or Zoox. However many billions of dollars it takes to get this industry moving, we can at least be pretty sure that there's going to be a tangible and very positive result at the end. And it's about time.

self driving automotive systems automotive sensors GM Cruise Automation startups acquisitions self-driving cars
Evan Ackerman
Evan Ackerman is a senior editor at IEEE Spectrum. Since 2007, he has written over 6,000 articles on robotics and technology. He has a degree in Martian geology and is excellent at playing bagpipes.
The Conversation (0)
Robotics Type News Topic