GM's Cruise claims that by 2019, it'll offer rides in a car that has no steering wheel or pedals 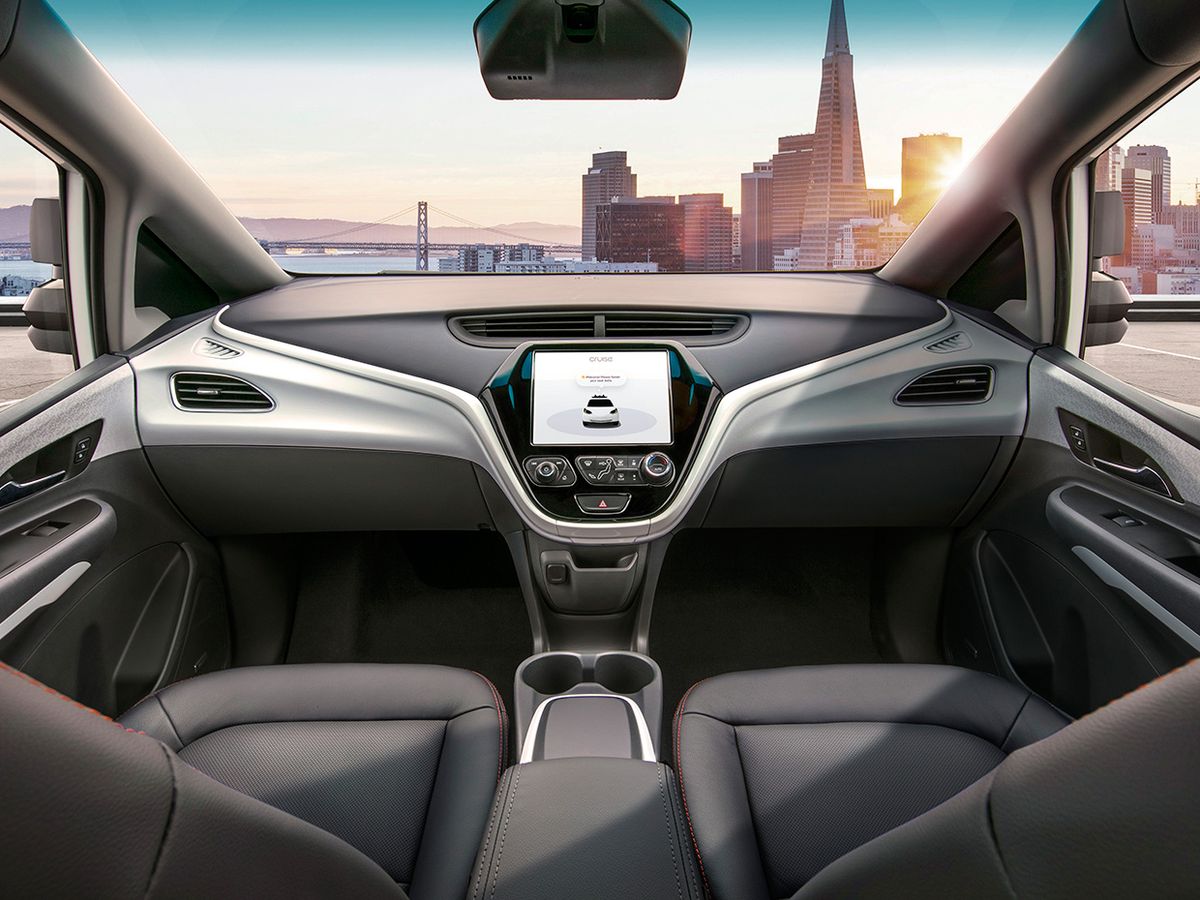 No steering wheel. Or pedals.

That’s how the self-driving car from GM’s Cruise will be fitted when it hits the streets in 2019, the company has just asserted in a statement. Just where the car is supposed to start driving and under what conditions was left unclear, but it’s safe to assume it’ll be somewhere with friendly road-safety regulators. Nevada, for instance.

This would be big news even if we assume that the company’s claims are half hype. In the tech business, where vaporware is a fact of life, you can learn something about the truth just by looking at how far people are willing to stretch it.

No company has yet demonstrated any game-changing technical advance in self-driving power, and the publicly available evidence suggests that things are moving incrementally. Of course, Cruise could be sitting on some big idea, but then why is it that the crossbred car industry—with its musical-chairs hiring practices—hasn’t gotten wind of it?

The car—a sensor-laden, electronics-laced, all-electric Chevrolet Bolt—will be used only in a ride-sharing service much like the one Waymo’s running in a suburb outside of Phoenix, Ariz. That pilot project recently made news by taking the company’s own safety driver out from behind the wheel, only to plonk him down in the back seat, where he wields a lesser degree of control.

That last part—about the guy in the back seat, sweating bricks—was sometimes left out of the initial reports. But that suited Waymo which, it appears, was making a great effort to validate claims made five years earlier that a true, self-driving car would be in regular operation by the end of 2017.

Sure, real progress is being made at companies such as Cruise, Waymo, and Audi. But plenty of signs suggest that the level of safety and reliability isn’t ready for prime time.

Note, for instance, that Waymo’s former top guy, Chris Urmson, last year famously walked back his prediction that fully self-driving cars would come in time to save his teenage son the trouble of getting a driver’s license. Not long afterward, Urmson jumped ship to join the self-driving startup, Aurora.

And Volvo has just postponed by four years a project that had originally been scheduled to start at the end of last year. It would have had customers trying out 100 of the company’s cars in self-driving routines on certain routes in Gothenburg, Sweden.

So what, pray tell, are the technological advances that enabled Cruise to even venture its latest claim? Perhaps it involves something the company’s release mentioned in passing: Passengers will have an app that gives them access to remote assistance.

Remote assistance can mean simply that the car, when faced with problems it can’t handle, will pull over to the side of the road, at which point some nice person will tell you by phone that help is on the way. Or, alternatively, it may mean that the person at the other end of the telephone connection will actually do something to solve your problem.

Maybe a backup driver at a remote location will actually take over the wheel—that is, the virtual wheel. A startup called Phantom Auto demonstrated just such a capability in a test drive that our own Mark Harris reported on two days ago. Maybe Cruise now thinks it can offer a safe enough autonomous driving service by posting the backup driver not just in back, but way in back.

Update: GM tells IEEE Spectrum that there is no plan to offer a remote-control backup driving service. According to spokeswoman Jenny Grich, the company’s safety petition to the National Highway Transportation Safety Administration provides, instead, that an operator at a remote location study data from the car, including the video feed, to figure out what might have stopped the car in its tracks:

“The specially trained operator [then] provides a domain extension to the vehicle to help define safe operating boundaries (e.g., permission to use the opposing traffic lane where cones are demarcating a new path of travel),” Grich writes in an email. “The trained operator does not have control of the vehicle’s object detection algorithms and cannot modify the object-avoidance functionality built into the [self-driving system].”