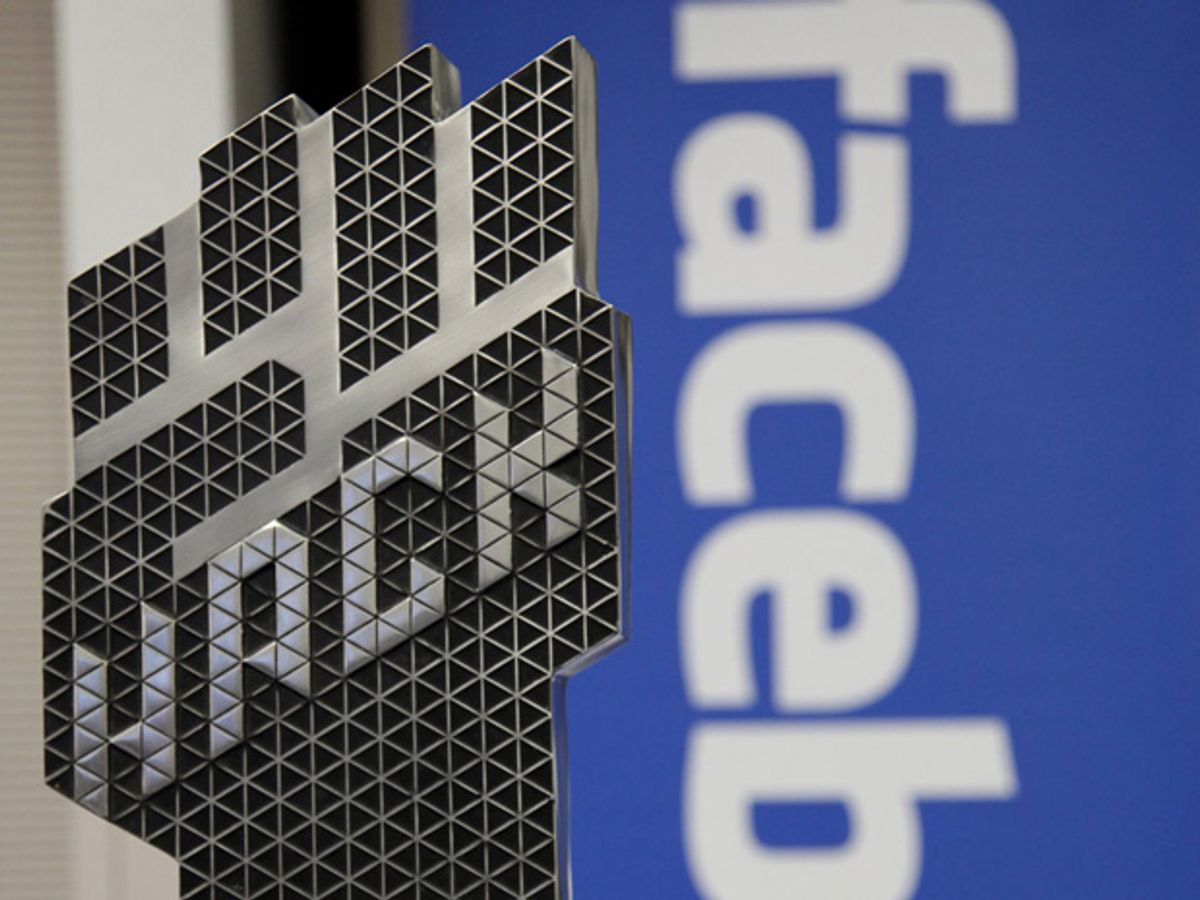 This is part of IEEE Spectrum’s special report on the battle for the future of the social Web.

A scruffy young guy in white-framed sunglasses and a long blue cape shouts into a tiny black megaphone: “Welcome to Hackathon 23!”

But he’s not a nefarious cybercriminal. He’s an engineer at Facebook, and he’s standing in the company’s Palo Alto headquarters at 5 p.m., surrounded by about 60 other coders eager to start what looks like a free-form, all-night programming party. But a hackathon isn’t just fun and games. While the general public has come to associate hacking with black-hat crooks, Facebook is reclaiming the term, evoking its “ethical hacking” roots of computer labs in the 1970s.

Hacking at Facebook is an intellectual and creative exercise, and more. It involves putting aside everyday duties to pursue challenges just for sake of doing it—but also seeing if, maybe, it will result in something useful. From these roughly bimonthly internal hackathon events to an annual Hacker Cup open to programmers around the world, hacking is, as founder and former hacker Mark Zuckerberg puts it, “an awesome part of our culture.”

“The idea is to work passionately toward a goal and set aside standard, conventional rules others think apply,” says Pedram Keyani, engineering manager of Facebook’s site integrity team. “Imagine if you didn’t have to worry about scale; what product can you build? Imagine not being constrained by processing speed; what can you develop? For us, hacking is about passionately working toward a goal and not being afraid of failure.”

Hacking at Facebook isn’t new. In fact, as the film The Social Network dramatized, the site began when founder Zuckerberg sat at his computer at Harvard one night and typed the infamous words “Let the hacking begin.” His intention was to break into the university’s facebook to make something new—and the success of that moment still inspires the company today.

As the company grew, “every night was hackathon,” recalls Keyani, who studied computer engineering at Stanford and was the engineering manager at Google before coming to Facebook in 2007 to start their site integrity team, which watches out for scams and other security issues. Facebook’s engineers would gather over dinner and talk about new features for the site, then stay up all night bringing them to life. “Early on, it was just part of the company culture,” he adds. “You just keep working until you have something to show.”

Hackathons scaled up as the staff grew to today’s roughly 500 engineers (the company wants to have at least one engineer per million members at all times). “The only real rule,” Zuckerberg has said, “is that you’re not allowed to work on the same thing that your day job is.”

Hackathons generally start when a Facebook engineer sends an e-mail around asking, Does anyone want to stay up all night hacking? Word spreads. A date gets set. Food and kegs are ordered. Fridges are stocked with Red Bull. The cuisine—Chinese food—doesn’t vary, although, like Facebook itself, it has matured. The company used to order from a neighborhood joint, but nowadays its chef cooks it in house. Once, post- hackathon, dozens of weary geeks showed up at the International House of Pancakes, causing a stir. One engineer later blogged, “My advice: Don’t roll in 45 deep to an IHOP at 6 a.m.”

For Hackathon 23, 60 or so engineers cram into the kitchen. Keyani will make a motivational speech about how hacking is “a core part of the company, something that separates it from other companies as far as staying innovative.”

While a hackathon is free-form, the best ideas are later taken to a prototype forum and presented to Zuckerberg and others in a two-hour meeting. As many as 50 concepts might get floated on a good day, with each coder getting no more than three minutes to show their goods. Ideas with enough “likes” live on.

Real products have come from hackathons. In 2007, two engineers emerged with Facebook Videos, a feature that allows users to upload short clips to the site (it went live the day after they passed the prototype forum). The popular “Like” button, which lets members show approval of each other’s updates, photos, and comments, was also born at a hackathon.

Another time, a group of coders pooled their talents to create a way for users to chat in real time. Rather than figuring out how to build the chat client for 600 million people, the team built a small-scale prototype instead. “Hacking is throwing away the conventional rules,” says Keyani. “You can build a chat client in one night if it’s only for a couple thousand people.”

Hackathons aren’t just about creating new products. Facebook’s security engineering team will spend a session, as Keyani says, “looking at a product and saying, What are ways I can abuse this?” Recently, the company learned that hackers were pulling a trick called “likejacking”: duping unwitting Web surfers into clicking hidden Like buttons and sending spam to friends. The solution—which Facebook doesn’t want to reveal—was found during the wee hours of a hackathon.

Facebook is now taking its hackathon idea wide. The company calls it Camp Hackathon, and it’s coming soon to a university near you. The events, sort of a hackathon road show, began this year and have visited about 10 schools so far. They’re modeled after the company’s own sessions, with students pulling all-nighters to think, and code, outside the box.

After each Camp Hackathon, one winning engineering team gets selected to come to Palo Alto for a hackathon at the Facebook headquarters—and get judged by the king hacker himself, Zuckerberg. The purpose isn’t necessarily to fuel Facebook (students retain the intellectual property to their inventions) but to fuel innovation for the next generation. “The goal of Camp Hackathon is to export our hackathon culture to these different schools and motivate students to think beyond the classroom,” Keyani says.

In January, the company launched a more competitive hacking event. It was the first annual Hacker Cup, billed as “an annual algorithmic programming contest open to hackers from around the world.” Nearly 12 000 hackers from China to Ukraine competed for a share of US $10 000 in prizes and trophies.

Hackers were given three algorithmic problems to solve in the fastest possible time. One problem, called Safest Space, challenged competitors to calculate a safe distance from a set of bombs exploding in particular points in space. The winner was Petr Mitrichev, a 26-year-old coder from Moscow who just happens to work for Google.

Keyani says Facebook plans to continue to spread its hacker gospel in many events to come. “Our motto is ‘Move fast and break things,’ ” he says. “Don’t be afraid to try something you don’t know how to use.”

This is part of IEEE Spectrum’s special report on the battle for the future of the social Web.

David Kushner is an IEEE Spectrum contributing editor whose work also appears in Wired, Rolling Stone, and Salon. He’s the author of three books, most recently Levittown: Two Families, One Tycoon, and the Fight for Civil Rights in America’s Legendary Suburb (2009).

David Kushner is the author of many books, including Masters of Doom, Jonny Magic & the Card Shark Kids, Levittown, The Bones of Marianna, and Alligator Candy. A contributing editor of Rolling Stone, he has written for publications including The New Yorker, Vanity Fair, Wired, and The New York Times Magazine.