Engineer Tracy Chou Has the Stats on Workplace Diversity at Startups

It’s the rare company that can boast more than 25 percent women in its engineering workforce, and more than a few are all-boys clubs 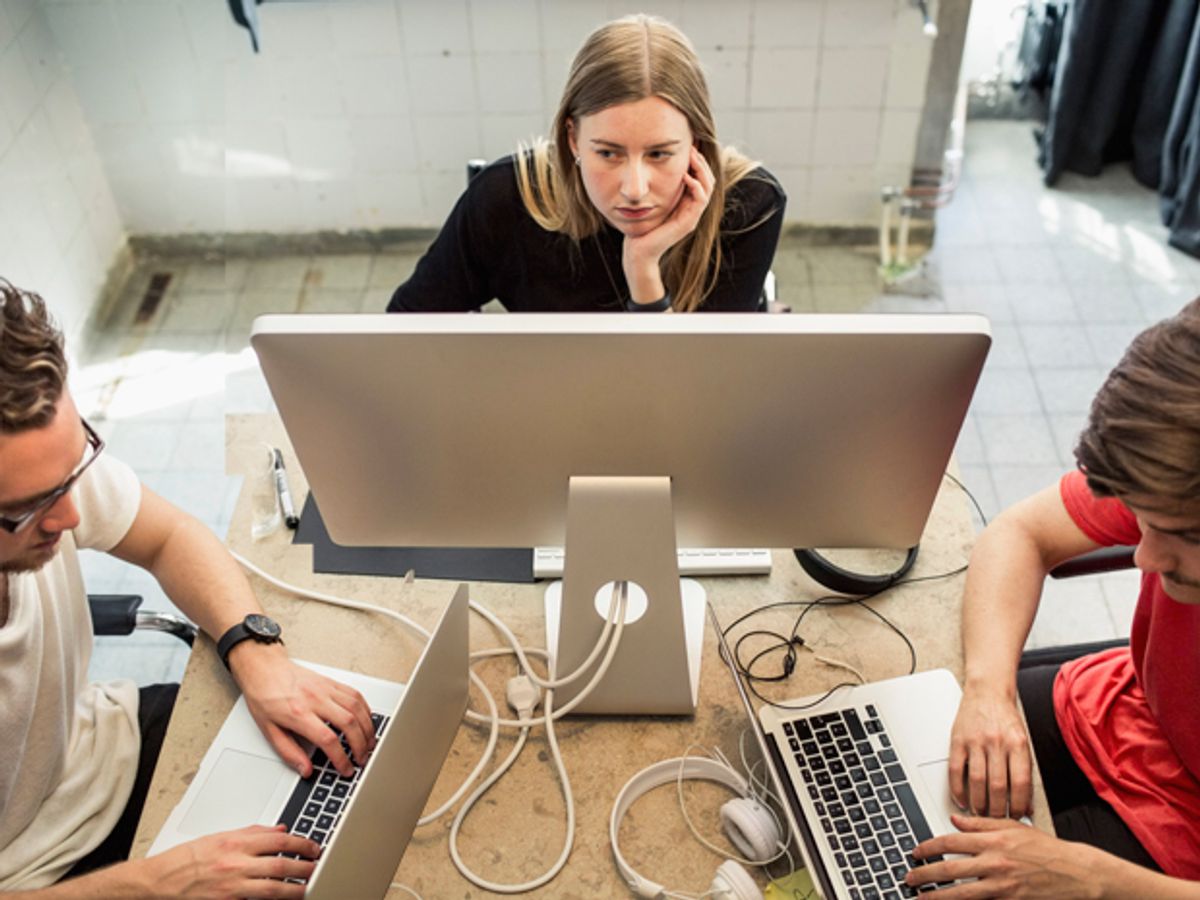 Where are all the women engineers? That’s a question on a lot of minds these past few months. A number of large companies—like Google, Facebook, Yahoo, Apple—have gone public with statistics about their workforces, and the numbers weren’t encouraging. At Apple, the latest large company to report in, women make of 20 percent of the engineering workforce. At Google, 17 percent; Yahoo, 15 percent; Facebook, 15 percent.

But these large companies are just the proverbial tip of the iceberg. The tech world bustles with small startups. Most don’t get a lot of attention unless they get big—but it’s when they are small and just starting to build their workforces, that they create company cultures, those that are a good fit for women, or those that are not. But how do you get the data from small companies that aren’t public or making the news?

There is a lot of pent-up desire and energy in the community to do something about the diversity problem—it's just that nobody knows what, concretely, to do.

Well, it helps to ask. That’s what Tracy Chou, an engineer at Pinterest with BS in electrical engineering and an MS in computer science, both from Stanford, has been doing. Indeed, a blog post she wrote last October may have sparked the series of revelations of diversity stats from the big Silicon Valley tech companies; she’s not so sure about that, but she knows it started a few conversations. Since then, she’s asked engineers throughout the tech industry to give her the numbers—anonymously if need be—of the female engineers in full-time roles at their companies. She’s collected data on nearly 200 companies to date, and made it available on a spreadsheet to anyone who is interested.

It’s important to get these numbers, Chou wrote in her post, in order to:

remove gender as the hidden (or sometimes not-so-hidden) discriminant in the tech industry. And we need to work together to make that happen, and it starts with having honest dialogues about how we’re actually doing, as an industry, to encourage women in computing.

She’s gotten a much bigger response than she had expected:

The willingness of companies to share their data suggests that there is a lot of pent-up desire and energy in the community to do something about the diversity problem—it's just that nobody knows what, concretely, to do. It's been a relief to find that there are a lot of allies in the cause, and I think progress is coming.

It doesn’t seem that any expert in statistics, diversity, or a related specialty has analyzed Chou’s data yet—at least she doesn’t know of one. Here’s snapshot of what caught my eye.

These days, about a quarter of the overall software engineering workforce is female—and Chou’s data mostly covers software companies, so in sifting through it, I’m considering a company with an engineering workforce of more than 25 percent female as doing pretty well. Because the vast majority of companies on her list fall far short of that number, I had to set the bar for bad as really really low—5 percent female or less. And I only looked at companies with more than 10 total employees—I counted 117 of those.

Company missions, of course, affect the culture. Game companies? Few women. Personal money management, real estate, and fashion? They showed up in the top group. Those creating development tools are among those with the fewest numbers of women. But there’s more going on here than mission or product—companies focused on education, for example, were among the best (Scientific Learning) and the worst (CreativeLIVE).

There’s a lot more to be done with this data. How much does geography matter? The age of the company? Whether or not a woman is on the founding team? Who the investors are? For starters, Chou would love to see someone correlate her data with information about companies and jobs from LinkedIn or GlassDoor.

All the big companies that have released data have also said that they're working hard to address the problem. It would be great if they and the smaller companies come back after some time has elapsed to speak to the success rates of their various initiatives. This would help us begin to understand what is and isn't effective, and to iterate on strategies for improving diversity and inclusion.

You can contribute data here and find Chou’s spreadsheet here.