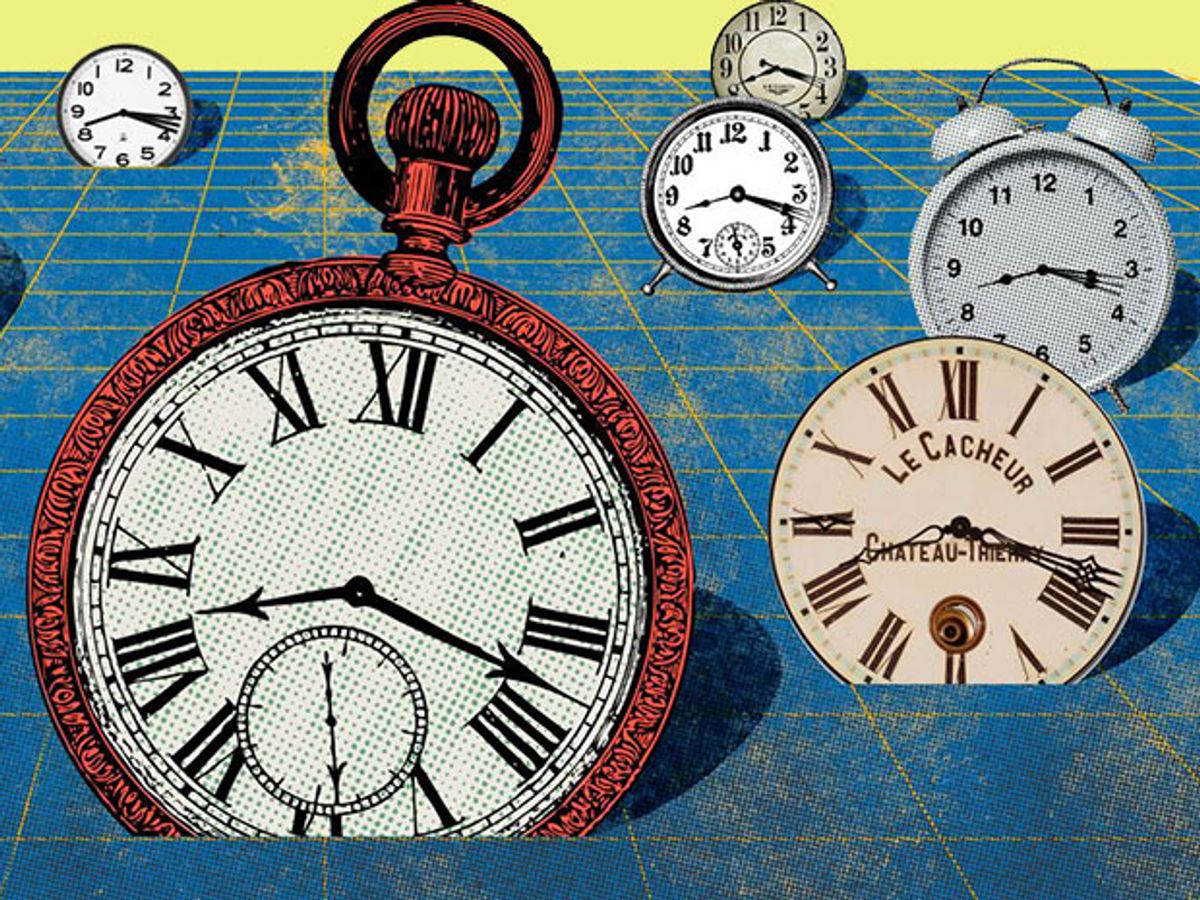 File this under “fun to think about”: Researchers at the University of Vienna have shown how ultraprecise measurements of time can bend the surrounding space and make time in the region run slower.

The basic theory is surprisingly simple, a combination of Einstein’s mass-energy equivalence and Heisenberg’s uncertainty principle. In short, increasing the precision in the time measurement increases the uncertainty in the energy at that point. Since energy and mass are interchangeable, this is the same as creating a virtual mass. As the uncertainty in the time measurement falls, the “mass” increases. And as the mass increases, so does its gravity. The result is a regional gravitational time dilation—the effect that causes clocks on Earth to run slower than clocks on Global Positioning System satellites, for example.

To be sure, the effect cannot be produced or detected with today’s tools. In their paper in the Proceedings of the National Academy of Sciences, the Vienna researchers—Esteban Castro Ruiz, Flaminia Giacomini, and Časlav Brukner of the university’s Vienna Center for Quantum Science and Technology—measure the time dilation effect in “decoherence time”: The greater the warping of space-time, the smaller the decoherence time. Today’s best atomic clocks are accurate to within about 3 x 10-18 (a dimensionless number, 3 parts in 10 quintillion). Measurements to this level of accuracy produce a “mass” equal to about one ten-millionth of proton. At a distance of one or two nuclear diameters, the decoherence time is on the order of the lifetime of the universe. It’s nothing to worry about in the real world.

Clock accuracy is increasing rapidly, however, and the pace of improvement is accelerating as optical clocks and optical-lattice clocks come online. The precision of optical-lattice clocks, in particular, has increased by about four orders of magnitude in the past decade. If clock accuracy climbs to about 10-27 (less than 15 years at the current rate of improvement), the mass uncertainty grows to about 7 x 1011 electronvolts (some 350 times the mass of the proton) producing a decoherence time on the order of two minutes at a distance of 10-10 meters. At this scale, the effect might become detectable.

"Our findings suggest that we need to re-examine our ideas about the nature of time when both quantum mechanics and general relativity are taken into account", said Castro in the university’s statement on the work.

For the First Time, Scientists Detect a Moving Photon Multiple Times Without Destroying It

At Least 2,034 Ways Earth Has Blown Its Cover