Can MOOCs Cure the Tuition Epidemic? 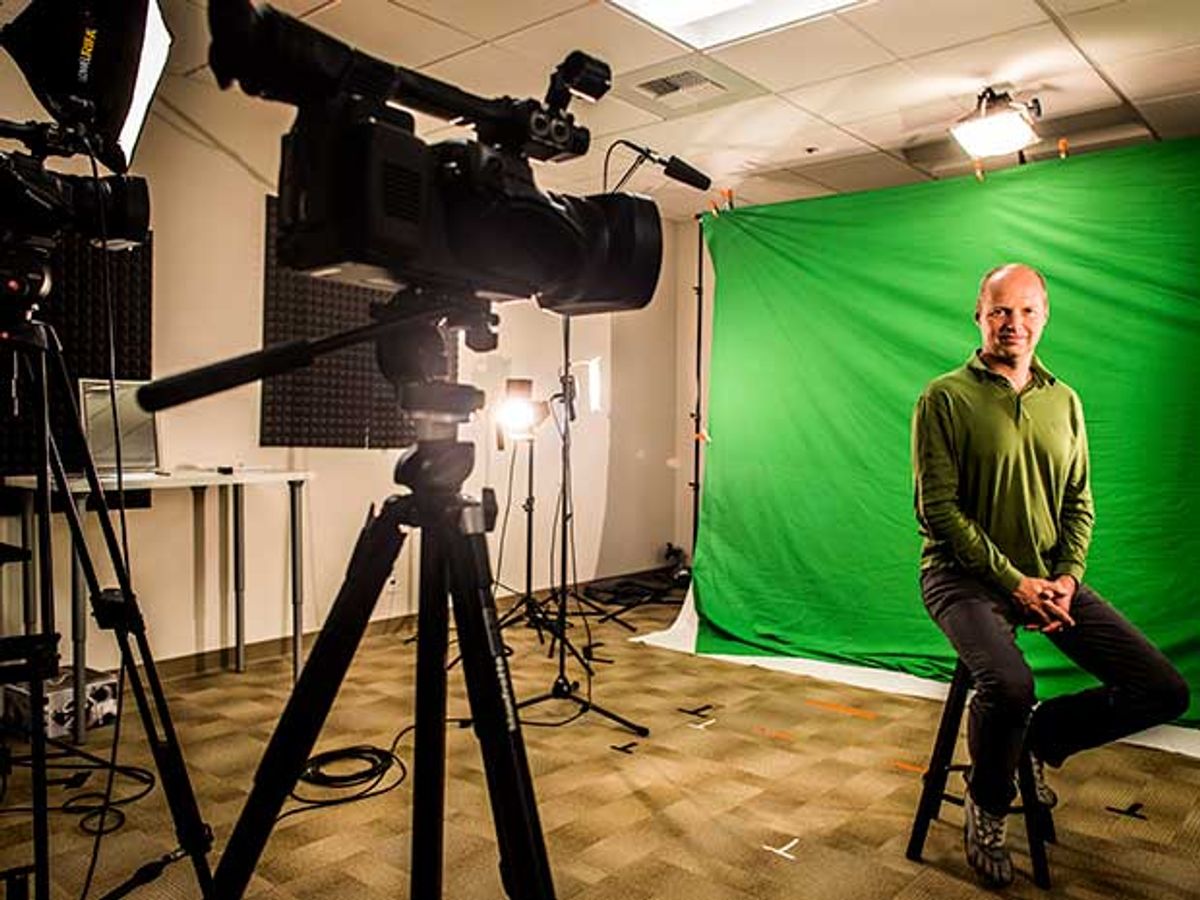 In the United States, the biggest obstacle standing in the way of students going to college is not their high-school grades or their test scores. It’s cash. For low-income applicants especially, soaring tuition is one of the main reasons that as many as 40 percent of those accepted in the spring don’t show up in the fall. According to the College Board, for the 2016-17 school year, average tuition and fees are about US $33,500 at private colleges, $9,650 for state residents at public colleges, and $25,000 for out-of-state residents. To these charges, add about $10,000 a year for room and board. In general, tuition has been rising far faster than the cost of living. Going to college can be like buying a new Mercedes every year.

How did this affliction invade our universities? While there are many causes, two factors account for much of it. For public schools, the answer is simple: State legislatures have savaged higher education over the last decade. Previously, up to two-thirds of a state college’s budget came from the state; now only about half of the budget does. Students and their families pick up much of the difference.

When the first MOOCs appeared, they seemed like the answer to a prayer

The bloating of academic bureaucracy is another cause. While the number of new students and faculty hasn’t grown much, non-academic staff at colleges and universities has ballooned—more than doubling in a generation. What’s more, compensation for administrators is often far higher than faculty pay.

One painful result of the tuition epidemic is that U.S. student debt is now at an all-time peak of more than a trillion dollars. According to the Project on Student Debt, the average college student graduating in 2015 carried debt of about $30,000 [PDF]; in 2004, the average was a more manageable $18,550.

Under stress, most schools have opted for cost-cutting. Perhaps most troubling, they have replaced full-time tenured faculty with cheaper adjuncts. According to a 2013 report, full-time tenured and tenure-track positions at U.S. universities fell from 78 percent of teaching staff in 1969 to just 33 percent in 2009. Over the same period, the share of non-tenured positions in the teaching staff more than tripled. On average, adjuncts earn just a third of what tenured faculty make and have no job security and few benefits; in a sense, they were the bellwethers of the gig economy.

Despite these and other cuts, tuitions continued to climb. So when the first MOOCs—massive open online courses—appeared on the scene, they seemed like the answer to a prayer. As described in my previous post, MOOCs made it possible to reach many thousands of students at a time, so long as they had a computer and a robust Internet connection capable of video streaming. Sebastian Thrun, a MOOC pioneer, famously suggested that the technology would so disrupt education that in 50 years, only 10 institutions of higher learning would remain.

A number of established schools soon began experimenting with MOOCs, and four of them—Georgia Tech, the University of Illinois, the Arizona State University, and MIT—now offer degrees based on MOOCs. Introducing the MOOC model, they discovered, required significant up-front investment. Georgia Tech reportedly spent $200,000 to $300,000 for each virtual course in its MOOC-based master’s degree program in computer science. The courses were built in partnership with MOOC provider Udacity, with AT&T kicking in a total of $3.9 million to help launch them.

What accounts for MOOCs’ high startup costs? Unlike traditional classroom instruction, producing a MOOC involves not just an instructor, but also videographers, instructional designers, simulation experts, and multimedia specialists, who must prepare videos, interactive presentations, and online quizzes, among other digital content. Like automobile manufacturing, MOOCs thrive on economies of scale. If it costs $300,000 to create a MOOC in which 10,000 students enroll, the cost per student falls to a trivial $30.

Nelson Baker, Georgia Tech’s dean of professional education, told me that scale allows the school to offer its digital degree for far less than what it charges residential students. There are about 4,000 students enrolled in the school’s MOOC-based computer science master’s, compared to the on-campus cohort of 300. Georgia residents pay about $20,000 per year for the on-campus degree program, with out-of-state tuition nearly double that. Tuition for MOOC students is just $7,000 per year.

(For comparison’s sake, the cost of creating a new online course at my school, NYU Tandon School of Engineering, is about $60,000 to $70,000, not counting faculty compensation. One possible reason for the lower startup cost is that we build our online courses in-house rather than relying on commercial vendors. That said, NYU charges the same tuition for an online degree as for one earned on campus. Since our online courses are not MOOCs, the school does not benefit from economies of scale. But students benefit from the small class sizes, offering personal attention in an active-learning environment.)

Launched in 2014, Georgia Tech’s MOOC-style master’s was the nation’s first. Just this month it announced a second MOOC-based master’s, in data analytics. Several other schools have followed Georgia Tech’s lead. At the University of Illinois, for example, tuition for the residential Executive MBA is $97,000. But Illinois’ online iMBA, developed in an alliance with Coursera, one of the principal MOOC companies, is a bargain basement $22,000.

In 2015 MIT collaborated with edX, a nonprofit MOOC joint venture between MIT and Harvard, to offer what it calls a “MicroMasters.” This new credential gives students who pass five graduate-level MOOC courses plus a proctored final exam the chance to apply for an accelerated, on-campus master’s that is about one-third less expensive than its on-campus equivalent. MIT’s first MicroMasters is in supply chain management. While a student completing the master’s program entirely on campus would pay $67,000, someone who did the MicroMasters and then the residential program would pay just $45,000. MIT has since rolled out a second MicroMasters, in data, economics, and development policy, and 13 other universities have joined them.

Meanwhile, Arizona State has been experimenting with MOOC courses for undergraduates. Its Global Freshman Academy offers MOOCs through edX at $600 a course. Incoming freshmen can take all ten of these first-year courses online for $6,000, earning university credit in the process. By contrast, out-of-state and international students enrolled on campus pay more than twice that. But the Global Freshman Academy has greater ambitions than just tuition reduction. Because students do not pay for each online course until after they pass it, the Academy claims that it is “one of the lowest-risk ways for students to start their college careers,” according to Adrian Sannier, a professor at Arizona State.

It’s still early days for MOOC-based degrees and much too soon to say whether these tuition-reduction experiments will have a lasting effect. Ultimately, though, the tuition epidemic is a symptom of a larger and far more serious problem that MOOCs probably can’t solve. Rather than treating a college education as an essential element of civil society, we have thrown higher learning into the merciless pit of the marketplace. These days, rather than expecting our state and federal governments to fully support colleges and universities, we force students and their families to shoulder an increasingly unsustainable burden.

This is a sea-change in the structure of higher education over the past half century. When I enrolled at Brooklyn College in the late 1950s, I paid no tuition. In post-war America, college was considered a citizen’s right—not a commodity to be purchased, online or otherwise.

Even as schools continue to search for ways to reduce tuition, through MOOCs or other means, the answer may come from outside of academia. Recently, Rhode Island Governor Gina Raimondo proposed giving residents two years of free tuition at the state’s public colleges. And New York’s governor, Andrew Cuomo, has offered to waive tuition for any state resident accepted at a state or city university, provided their family income is $125,000 or less. If there’s a cure for the tuition epidemic, such progressive moves seem far more promising than simply leaving it in the hands of colleges and universities.

Robert Ubell is vice dean emeritus of online learning at NYU’s Tandon School of Engineering. A collection of his essays on digital education, Going Online: Perspectives on Digital Learning, was recently published by Routledge. He can be reached at bobubell@gmail.com. This is the second in a series on MOOCs and online learning.