The oil-separating centrifuges will work, but they would have worked better months ago 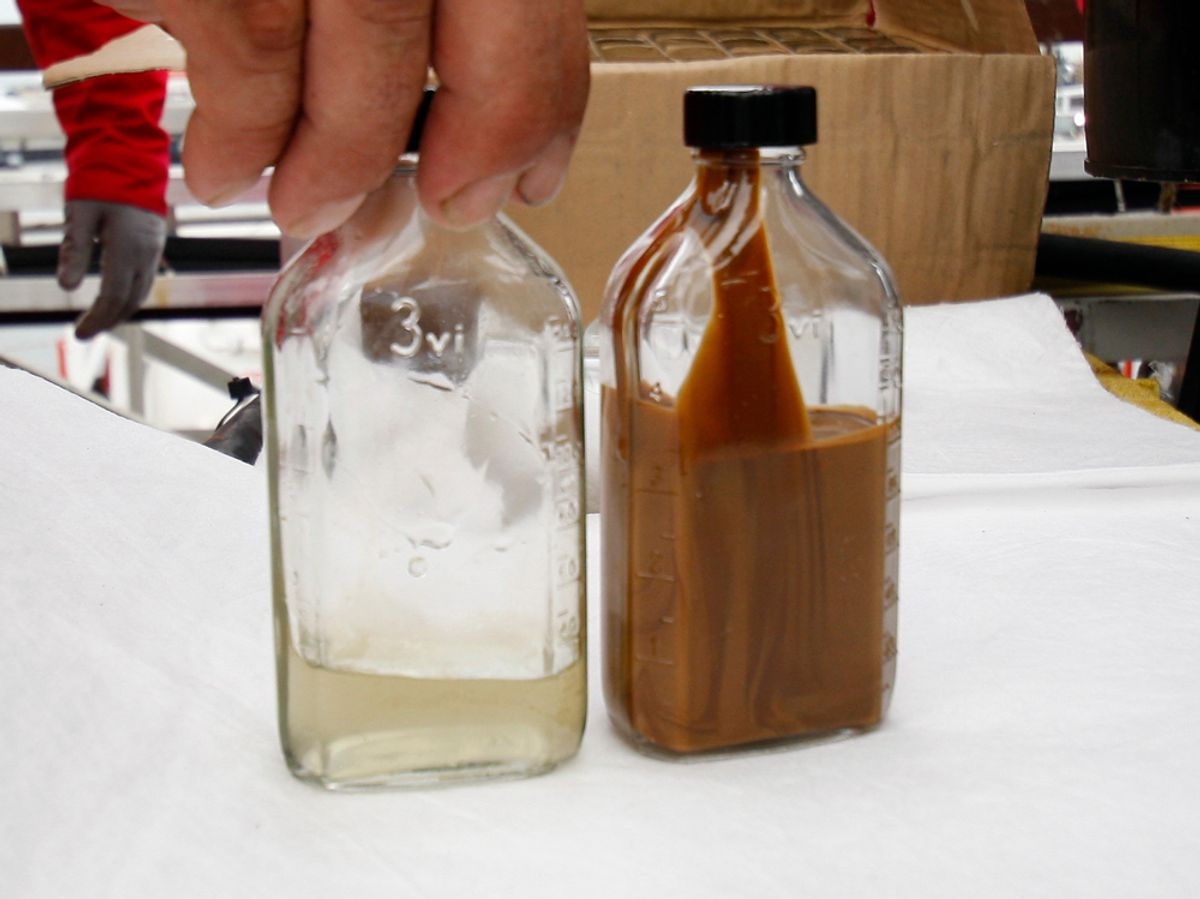 Update 29 July 2010: Listen to a podcast about the centrifuges with Eric Hoek, an engineering consultant for Ocean Therapy Solutions.

14 July 2010—After 85 days, the oil leak in the Gulf of Mexico is now partially contained, and relief wells to stem the flow are inching closer to completion. Once the leak is fixed, the focus will shift to removing the oil that’s already in the water. The actor Kevin Costner has appeared on TV and in front of the U.S. Congress to tout his oil cleanup machines, but can they actually make a dent in the still-spreading environmental disaster?

Costner’s testimony on 9 June may have provided comedic fodder for late-night talk-show hosts, but according to David Meikrantz, a chemical engineer at Idaho National Laboratory who developed the technology in the early 1990s, the machines are no joke. He says there is no reason that the devices, essentially liquid-liquid separation centrifuges, shouldn’t work in the Gulf. They performed so well in BP’s initial tests that as many as 32 of them could be spinning in the Gulf in the coming weeks. But even though the technology is proven, Costner’s devices are no silver bullet.

The centrifuges in question are manufactured by CINC Industries, which the actor founded in 1993 and has invested millions of dollars in since then. Costner has said he was first inspired to get involved in oil spill mitigation after the Exxon Valdez accident in 1989. The initial patent on the centrifuge was acquired through a technology transfer from the Department of Energy in 1993, and Meikrantz and other engineers then spent years further developing the technology.

The machines are able to separate oil from water thanks to the liquids’ differing densities: As the centrifuges spin, the oil, which is lighter, gets forced toward the center, near the shaft. “The centrifuge will operate very nicely over a wide range [of oil concentrations], from zero oil to 50 percent almost, without adjustment,” says Meikrantz. “And that’s a big deal when it comes to liquid-liquid centrifuges. Not all of them can do that.” Meikrantz initially developed the concept for use in nuclear fuel reprocessing, but he joined Costner’s company in the 1990s and adapted the technology for oil-spill cleanups.

But there’s a reason why Costner’s machines have never been used before. For small oil spills—the kind that don’t dominate the national news for months—there’s no need to separate oil and water while at sea. Boats can simply collect oily water and take it back to port, where they receive money based on the total volume collected. As a result, few companies or agencies have been interested in a device for collecting oil alone.

The current spill is so big, however, that the centrifuges should make a difference. “This is a big-spill device,” Meikrantz says. “This is the kind of device you need to have when you’re going to run out of tankage by having all your tanks full of water instead of oil.” Each centrifuge weighs 4500 pounds (2 metric tons), maxes out at a throughput of 200 gallons (757 liters) of oil and water mixture per minute, and can remove more than 99 percent of the oil from the water, which can then be pumped back into the Gulf.

Based on the results of its testing in May and June, BP agreed to lease 32 centrifuges. Ten units are already being deployed, according to Bret Sheldon, president of CINC, and the rest of the devices to be leased will be manufactured over the coming weeks. Although a firm date is not available, he guesses that all 32 will be ready by early August.

One limitation to the centrifuges’ effectiveness will be the quality of the oil they’re collecting, says Russell Chianelli, director of the Materials Research and Technology Institute at the University of Texas at El Paso. Chianelli was Exxon’s lead scientist for bioremediation for the Exxon Valdez spill, and he worries that much of the oil being picked up now will be too heavily degraded or contaminated with dispersants to be easily separated.

“If the oil has been at sea for a long time, it’s probably mostly mousse,” he says. “Mousse” is a thicker mixture of oil and other things that won’t flow as easily as the light crude coming straight from the undersea well. Costner did explain to Congress that his machines function best in the open ocean, where oil has only recently left the well and reached the surface. After months of spillage, most of the oil is no longer in the ideal form for collection. Chianelli says that in the famed Ixtoc spill  of 1979, much of the oil that came ashore was in mousse form rather than easy-to-skim oil.

Sheldon acknowledges that mousse is more difficult for the machines to process, but it’s not impossible: “We add a solvent to it to thin the mixture so we can separate it.” Without it, he says, the mousse “is like putty; it won’t even flow.” He would not divulge what specifically is in the solvent, citing a proprietary mixture designed for this purpose.

Another limitation lies in how quickly oil can be fed into the centrifuges. Thad Allen, the retired U.S. Coast Guard admiral in charge of coordinating the oil-spill cleanup, has said that there aren’t enough boats and skimmers to keep up with the spill right now—the latest count has about 550 involved in the cleanup process—so it is unclear if the centrifuges can achieve their maximum rates of oil separation.

Sheldon says that at their peak, the centrifuges can probably separate about 4000 barrels of oil per day. If that were true and all were used at peak capacity, the current top estimate of escaping oil of 60 000 barrels per day could potentially be kept at bay. Meikrantz, though, says he thinks more machines will be needed in order to keep up with the flow. “My guess is that it would take between 50 and 100 units to keep up with that flow,” he says, if skimmers collect seawater containing 10 percent oil. Sheldon says that discussions with BP continue and that more units may be ordered.

Costner seems to finally have the attention he’s sought for his technology, but it remains to be seen whether the centrifuges will disappear again once the immediate problem fades away. Both Meikrantz and Sheldon hope these or similar technologies will be readily available for the next inevitable accident, but oil companies don’t seem to be lining up around the block.

Cynthia Bergman, a spokesperson for ExxonMobil, says she isn’t sure if her company has ever tested centrifuges like these. “We’re obviously interested in watching what’s taking place in the Gulf, and if there are any lessons to be learned, we will certainly review them and adopt any…corrective actions we can take,” she says. “It’s probably a little premature to say whether we would use them.” Other oil companies with offshore rigs, including Chevron and ConocoPhillips, did not return our calls.

Dave Levitan, based in New York City, is a freelance journalist who writes about the environment. He is a regular contributor to IEEE Spectrum’s Energywise blog.