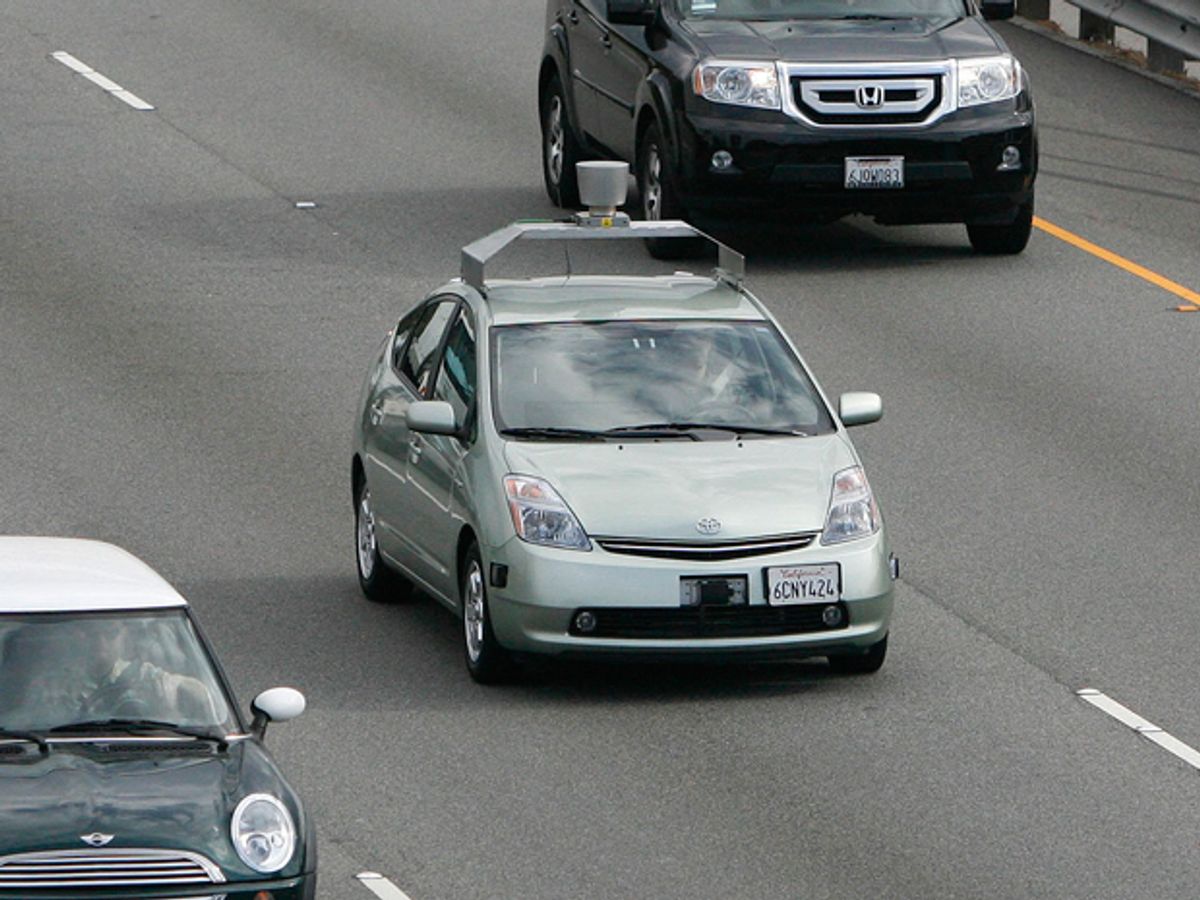 Tuesday's public hearing on the regulation of robocars shows that California's Department of Motor Vehicles is sticking to a state mandate to produce a law by year's end. That would make it the first state to accommodate the routine use of autonomous vehicles. (Nevada was the first to approve their use for research purposes.)

The regulators' job is harder than it looks. "The life of the law has not been logic; it has been experience," argued jurist Oliver Wendell Holmes, Jr., long ago. California's regulators must rely on logic alone.

Elements of autonomous driving have been trickling into cars for years—cruise control as early as the 1950s, adaptive cruise control around 2000, radar late in the 90s, then parking assist, crash avoidance and lane-centering. All these elements are legal everywhere because the driver is still technically in charge. The Mercedes S class, for example, sounds an alarm if the driver's hand is off the steering wheel for more than 10 seconds.

California is thus, at minimum, preparing for that 11th second.

The first hurdle is to lay out the tests that a driverless vehicle must pass to get approved. Another important early decision is how to handle the first, merely semiautonomous cars—Autonomy Lite, as it were. Such machines might be street-legal only with a driver at the wheel, ready to take over in case of trouble. Then there's the question of privacy, always a problem when computers and computer networks take over a human function. Finally, there's legal liability: If the car breaks a law, to whom does the ticket go? To the car maker? To the software vendor? Or to the person formerly known as the driver?

California's rules would likely serve as the standard for the entire auto world—as they so often have done before. Carmakers may gripe about California's nanny-statism, but though they'd like regulation to be lenient, it's even more important to them that it be uniform throughout the world.

One rather strange comment came from a non-car guy: Ron Medford, a representative of self-driving car developer Google. According to the Associated Press, Medford suggested that manufacturers should be able to "self-certify that their cars are safe."