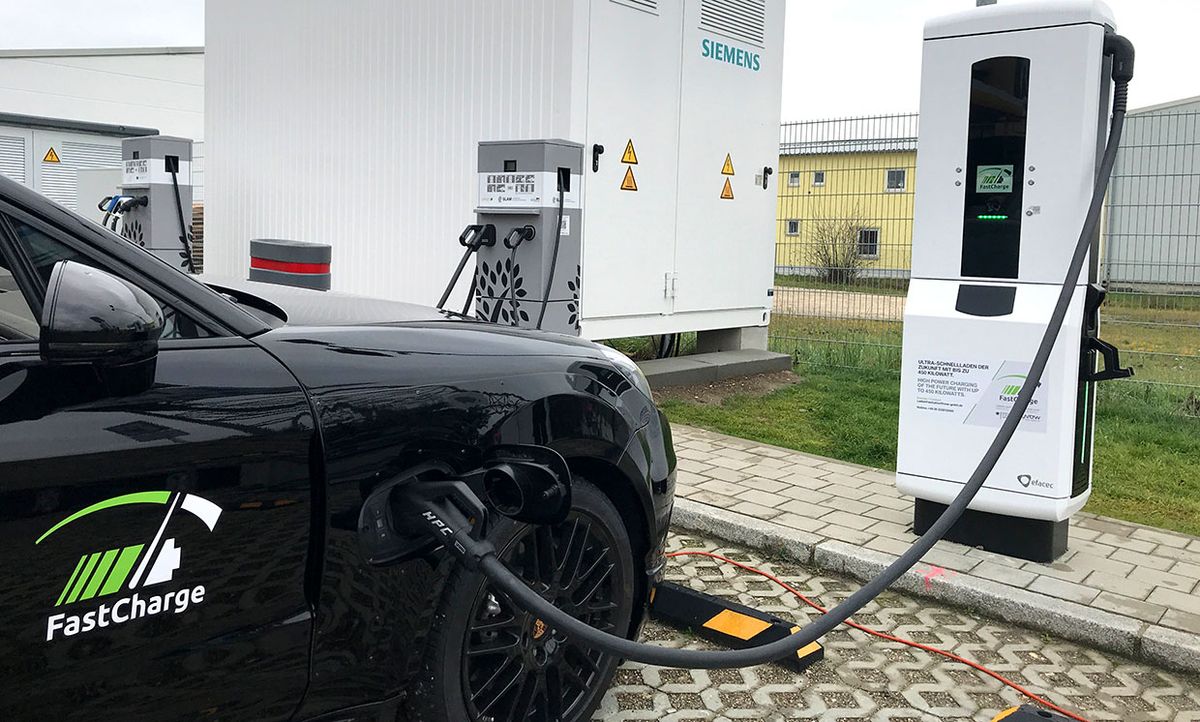 A consortium including BMW and Porsche has unveiled a fast charger that can deliver enough juice to an electric car’s batteries in 3 minutes for it to travel 100 kilometers. The new charger can put the batteries’ state of charge above 80 percent in 15 minutes—half the time that Tesla’s vaunted supercharger needs.

The charger’s 450 kilowatts would fry anything but a specially modified car: Both the batteries and the charging cables themselves need to be cooled. That’s why the first station, which has just been opened to the public in the state of Bavaria, will have to pull its punches. It’ll feed just 50 kW to the BMW i3, for instance. The company’s iX3, due out in 2020, will take 150 kW.

EVs make up just a small fraction of all road vehicles, and offering ultra-fast-charging to the fraction of those EVs that can take it should be no big problem for utilities. But the grid might buckle under the strain of topping off a vast fleet of EVs, when we finally amass one.

Some people in the industry argue that we’d do better with a slow-charging system that makes up for its lack of speed with heightened convenience. Wireless charging, once it’s widely available in garages, could provide such an alternative, argues Witricity, which develops such systems. Today, Witricity and Honda said they were working on a project to allow EVs to trade electric power with the grid, making such vehicles a load-bearing asset to utilities rather than just another burden.

“Fast chargers? It’ll be like the gas lines of the 70s, queuing up for your spot,” Witricity’s CEO, Alex Gruzen, told IEEE Spectrum back in April.