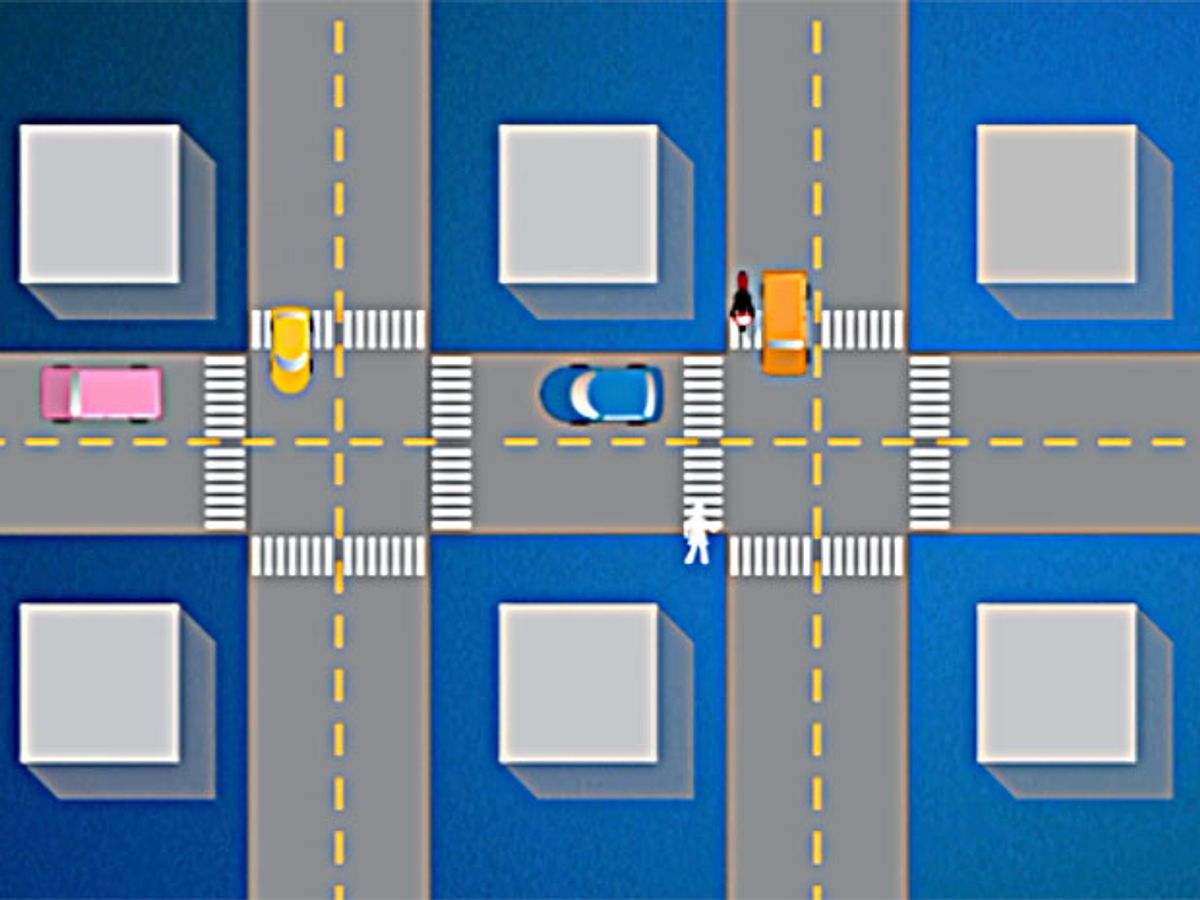 Within vehicular communication circles, there are dueling opinions about which wireless technology should guide autonomous cars of the future: dedicated short range communications (DSRC) or 5G cellular networks.

Proponents of DSRC point out that it can accommodate all necessary vehicle-to-vehicle and vehicle-to-infrastructure communications in modules that are already commercially available. General Motors will install them in 2017 Cadillacs, and other companies are expected to follow suit. Regulators in Europe and the U.S. have embraced DSRC, with the U.S Department of Transportation plotting to require manufacturers to put it in all new vehicles.

Those endorsements may make it sound as if the case is closed, but the anticipated arrival of 5G has led others to argue that automakers ought to wait to run cars on next-generation cellular networks. They say 5G will supplant DSRC soon anyway, so installing DSRC in the meantime is merely a stopgap measure. They also insist that DSRC can’t provide many of the in-car features that passengers want, such as mobile entertainment.

To its credit, DSRC already boasts many desirable features for assisted and autonomous driving: it operates in fog or a snowstorm, can function at high speeds, and has a time delay of mere milliseconds. The wireless technology enables vehicles to send and receive brief digital packets of information about their whereabouts, intentions, and speed within a short to medium range.

“It’s like the Twitter of automotive wireless technologies,” says Geoff Waters, a digital networking engineer at NXP, which makes DSRC modules that use the company’s RoadLINK platform. They are about half the size of a credit card and sell for $100 to $200.

The vision for 5G, meanwhile, is still very much in the draft stages. The mobile industry is still working on standards that will define exactly what 5G means. Experts also have plenty of knotty technical details to figure out, including hooking up 50 billion “Internet of things” devices and distributing information over fast millimeter-wave bands.

Counting on this same network to also solve the signaling intricacies of autonomous driving might be asking for too much. That’s why Waters essentially told 5G experts at the recent Brooklyn 5G Summit in New York City to leave the driving to DSRC. “If you’re worried about boiling the ocean, I think this is one piece of the ocean that you don’t need to boil right now,” he said.

But 5G proponents feel strongly that this future high-performance cellular network could eventually provide many of the basic functions that DSRC offers, and more. That’s why the GSMA, an industry group of mobile operators, lists autonomous driving as a potential use for 5G. Some of the perks of relying on 5G may be that vehicles could act as roving hotspots, redistributing Internet connectivity to nearby users as they travel. Passengers could also tap this network to stream high-definition movies from the backseat.

Back at the 5G Summit, Gerhard Fettweis, Vodafone Chair Professor at TU Dresden in Germany, predicted that DSRC wouldn’t reach full functionality until a critical mass of cars are equipped with it. That could take a decade or longer. But he worries that once enough self-driving cars are finally on the road, interference will plague DSRC signals. But by then, he believes, so many other applications will be running smoothly off of 5G that car manufacturers will be ready to switch over.

Waters acknowledges that driving with a DSRC module will be a lonely affair for the first few years. “The first Cadillacs to hit the road chirping these DSRC messages, there’s not going to be anything to listen to it or receive it,” he says. But if the government mandates modules in all new vehicles, that situation could quickly change.

Most likely, the future standard of vehicular communications will be a mashup of DSRC and 5G. Perhaps DSRC will be used for behind-the-scenes signaling while 5G offers passengers the high-end services they desire. Even Waters says the difference between using 5G and DSRC is far from a life-or-death situation, and will probably amount to the ”difference between an autonomous car that will drive you smoothly through the city versus the autonomous car that's going to spill your coffee.”