Autonomous Air Taxis Will Take Off in 2017, but Won’t Go Far 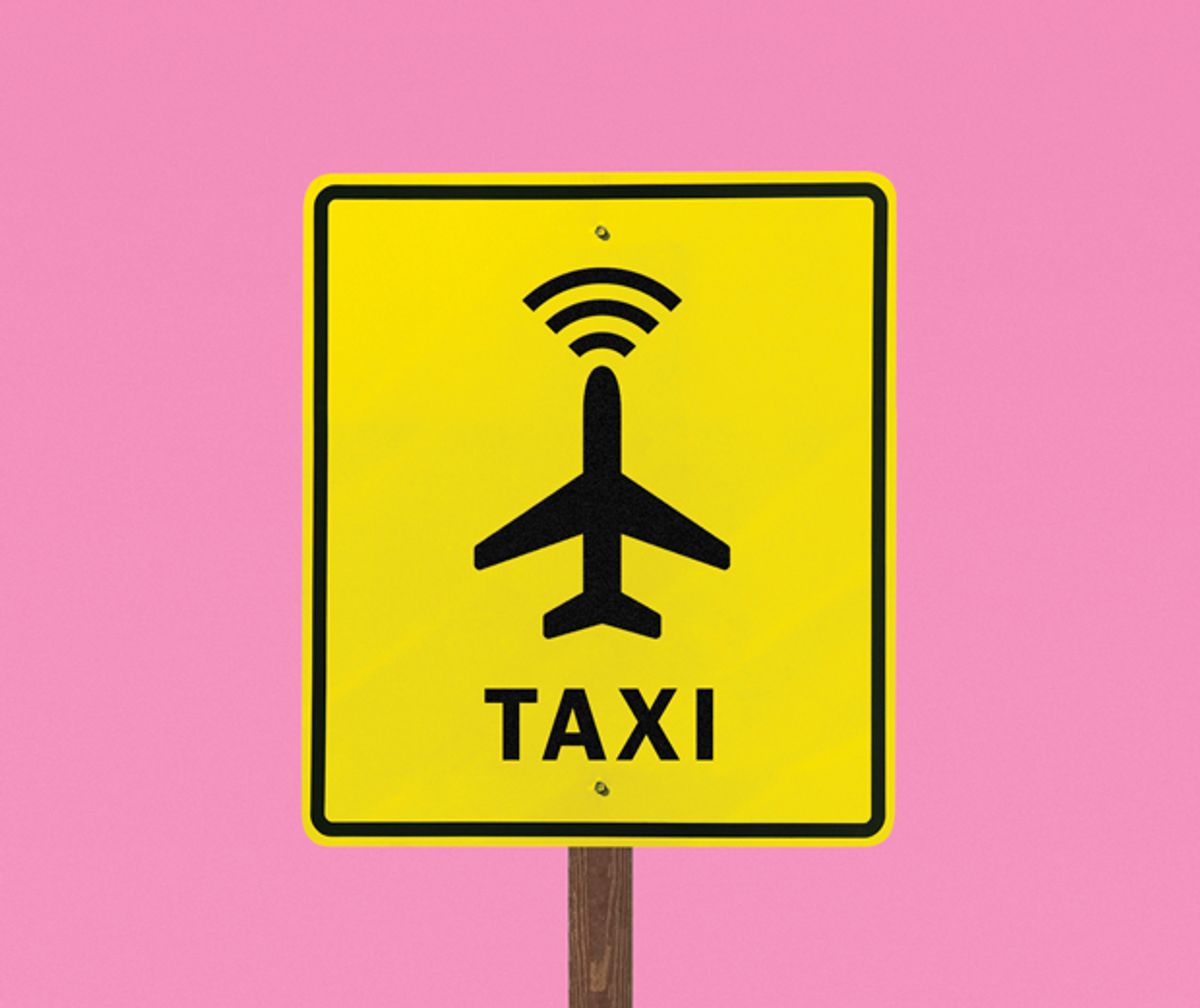 In the future, the joke goes, airliners will each have a pilot and a dog. The dog will be there to bite the pilot if he touches the controls, and the pilot will be there to feed the dog.  It’s no joke, though, when NASA scientists begin entertaining [PDF] the idea of replacing the copilot with a wideband connection to a ground controller. Who will take over the plane should the pilot become incapacitated? Nor is it a joke to carry the argument to its logical conclusion and do away with the pilot altogether.

It’s a beguiling vision. An autonomous airplane reliable enough to be trusted by passengers and air-safety regulators could save not just on salaries but also on the cost of managing the glitch-prone minuet by which well-rested flight crews are united with the planes they’re supposed to fly. That logistical problem will get harder as the pilot shortage worsens, and it will be hardest of all for short-hop air service, where the pilot-to-passenger ratio is high.

Now comes a slew of startups that propose to serve that very niche with tiny, autonomous aircraft. Most would be powered by electricity, use multiple propellers or ducted fans, take off vertically or nearly so, and range perhaps a few tens of kilometers.

The maximum flight time for the Ehang 184 is just 23 minutes. Source: Ehang

Vahana, a tilt-wing, autonomous air taxi that’s been developed by Airbus’s Silicon Valley outfit, A3, is supposed to begin testing later this year. The German company e-Volo, already known for lofting a pilot in an elaborate multicopter, says it’s gearing up to make an autonomous version. Zee Aero, reportedly personally funded by Google cofounder Larry Page, offers another example, and Uber yet another. And Terrafugia, a veteran in the flying-car space—at last, a proper use for that bit of biz lingo!—is also talking about making a model that’s autonomous.

When so many new startups are pursuing the same goal, it’s tempting to think there must be something there. But hope springs eternal in tech land, and so does the propensity to promise big. All these companies have proven tight-lipped (not one returned inquiries from IEEE Spectrum), which suggests that there might be less here than meets the eye.

Spectrum reported on Terrafugia, the one company that has a real history, back in 2007, in our January special issue. We called the company a “loser” for describing a flying car it said it was about to bring to market. It didn’t happen.

Look, Ma—No Pilot: By dispensing with the pilot, short-hop electric air taxis would save money and restore the thrill to air travel. Here are artist’s impressions of A3’s Vahana (top) and Terrafugia’s TF-X (middle and bottom). Illustrations, from top: Airbus; Terrafugia (2)

“It can be done—we could be flying around in pilotless planes, just as we could be living on cities on Mars—but is it worth the cost and the effort?” asks Patrick Smith, author of the Ask the Pilot column, which ran for years in Salon magazine. “I fly airplanes for a living, and my jaw drops when I hear people say that flying is already mostly automated. Even the most ‘automated’ flight is still subject to so much human input and subjective decisions.”

So why then are all these startups starting up? “It’d be a novelty, not necessarily meant even for profit, but as a way to prove and build the technology,” Smith suggests.

And should one of these outfits ever offer seats to the paying public, would you entrust your life to a robotic pilot? “People want a pilot in the cockpit, to know there’s someone in charge who shares their fate,” says Missy Cummings, a former U.S. Navy fighter pilot, now a professor of mechanical engineering and materials science at Duke University. “I don’t think we’ll ever have a passenger airliner be a drone—there will always be some version of a Captain James T. Kirk on board.” But, she adds, things are different for hops of, say, 50 miles (80 kilometers), where for some people, at least, convenience might outweigh fear.

“It’s technologically achievable in the near term; as for the regulatory problem, I think we’ll see it in China first,” Cummings says. “Ehang [in Guangzhou, China] is supposedly doing a test in March.”

The company claims that its roboplane has already carried a passenger, and if it performs the feat in public, we’ll let you know. And if it doesn’t.

This article appears in the January 2017 print issue as “Fly Robotic?”