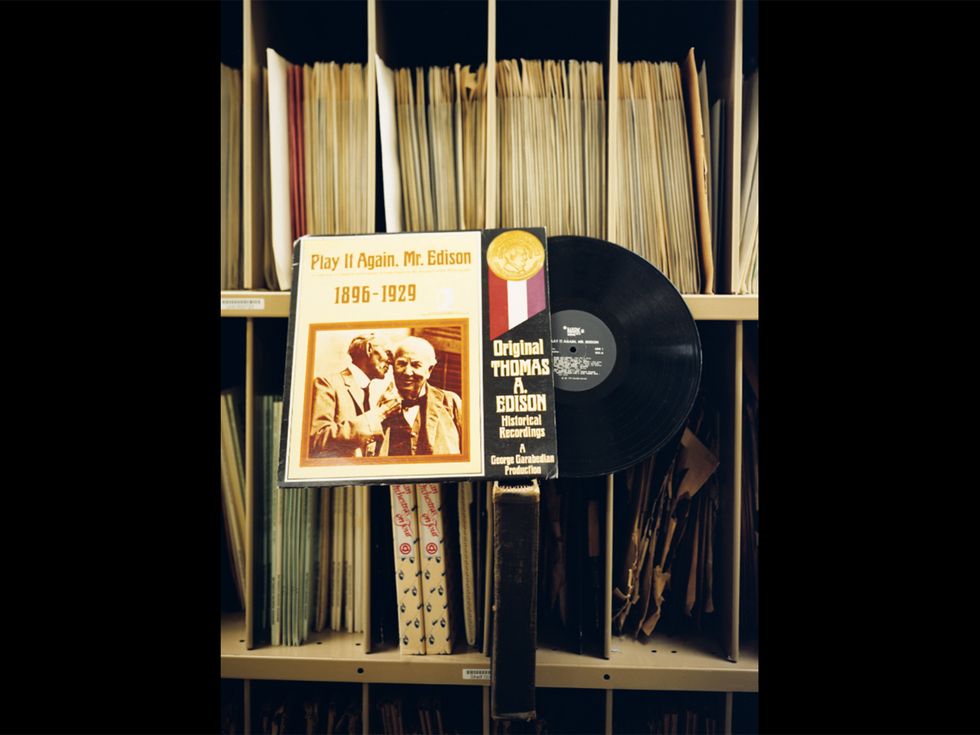 Now Hear This: Among the phonographic gems at the archives is “Play It Again, Mr. Edison,” a popular record engineered by Thomas Alva himself. It includes a John Philip Sousa march and a foxtrot version of “I Can’t Give You Anything but Love, Baby.” More sober offerings include hearing test tones and a radio documentary series on democracy.

But is transparency alone sufficient for a free and open society?

Harry Goldstein is Acting Editor in Chief of IEEE Spectrum.

From the moment we wake up and reach for our smartphones and throughout the day as we text each other, upload selfies to social media, shop, commute, work, work out, watch streaming media, pay bills, and travel, and even while we’re sleeping, we spew personal data like jets sketching contrails across the sky.

An astonishing amount of that data is recorded, stored, analyzed, and shared by media companies looking to pitch you content and ads, retailers aiming to sell you more of what you’ve already bought, and potential distant relatives hitting you up on genealogy sites. And sometimes, if you’re suspected of participating in illegal activities, that data can bring you under the scrutiny of law enforcement officials.

Video Friday: Such a Showoff

Roboticists Want to Give You a Third Arm

New Faraday Cages Can Be Switched Off and On