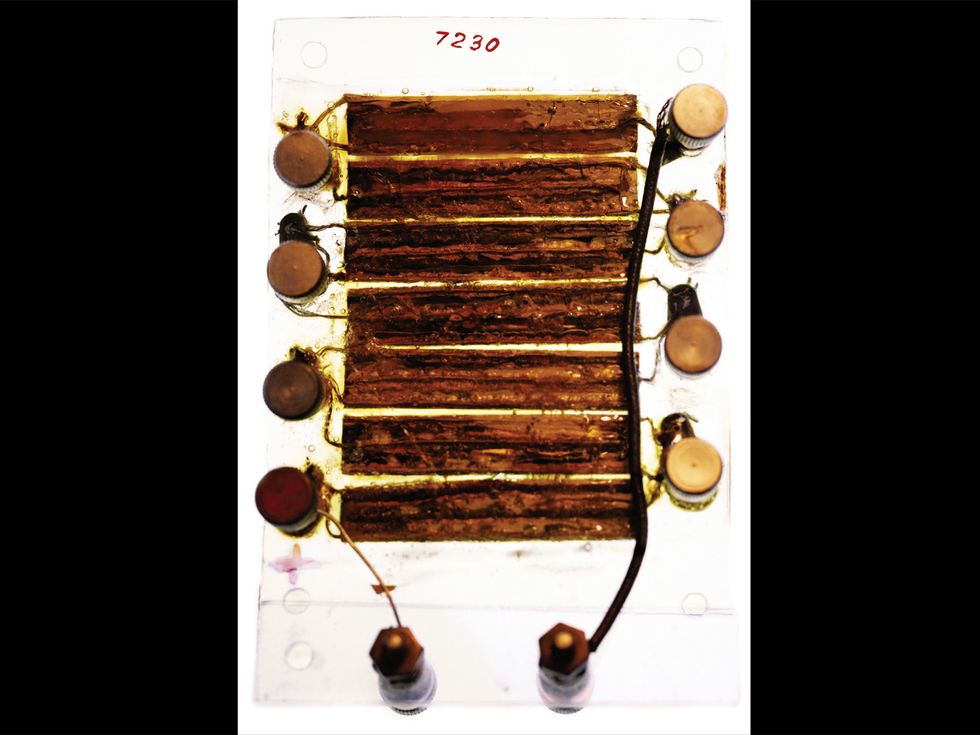 Early Light: A prototype of a solar cell, invented in 1954 by Bell Labs researchers Gerald Pearson, Calvin Fuller, and Daryl Chapin, consists of paper-thin strips of silicon embedded in clear plastic, attached by wire to terminals on either side. The battery generated 0.185 watts, not quite enough to illuminate a flashlight bulb.

A Serial Entrepreneur Shares Lessons Learned on His Road to Success

He credits IEEE with teaching him important soft skills

When Arjun Pillai was a youngster, the words entrepreneur and startup weren’t part of his vocabulary. It wasn’t until he became an IEEE student member in 2006 that Pillai learned those terms. He served on several IEEE committees and had leadership positions in IEEE groups—which helped him discover his managerial instincts. He learned from other IEEE members what running a tech company entails. And he belatedly realized that his father, who ran a small rubber-band manufacturing company next to the family’s home in India, was an entrepreneur.

After learning more about what running a tech company entails from other IEEE members, Pillai decided he also wanted to become an entrepreneur, to create “something bigger than me.”

Cutting-edge electronics, including electric vehicles and the latest smartphones, all depend on batteries whose chemistries are still largely developed manually by trial and error. Now, a new study reveals that artificial intelligence can direct robots in rapidly finding advanced new battery formulations. A team of scientists detailed their findings online 27 September in the journal Nature Communications.

The conventional techniques for developing new batteries can take years because researchers have to experiment with many possible components. This is complicated by the need to achieve multiple competing goals, such as longer life, greater capacity, faster charging, and improved safety.

Digital Resurrection Brings Star Trek Back to the Future

Why the Internet Needs the InterPlanetary File System

For Better or Worse, Tesla Bot Is Exactly What We Expected