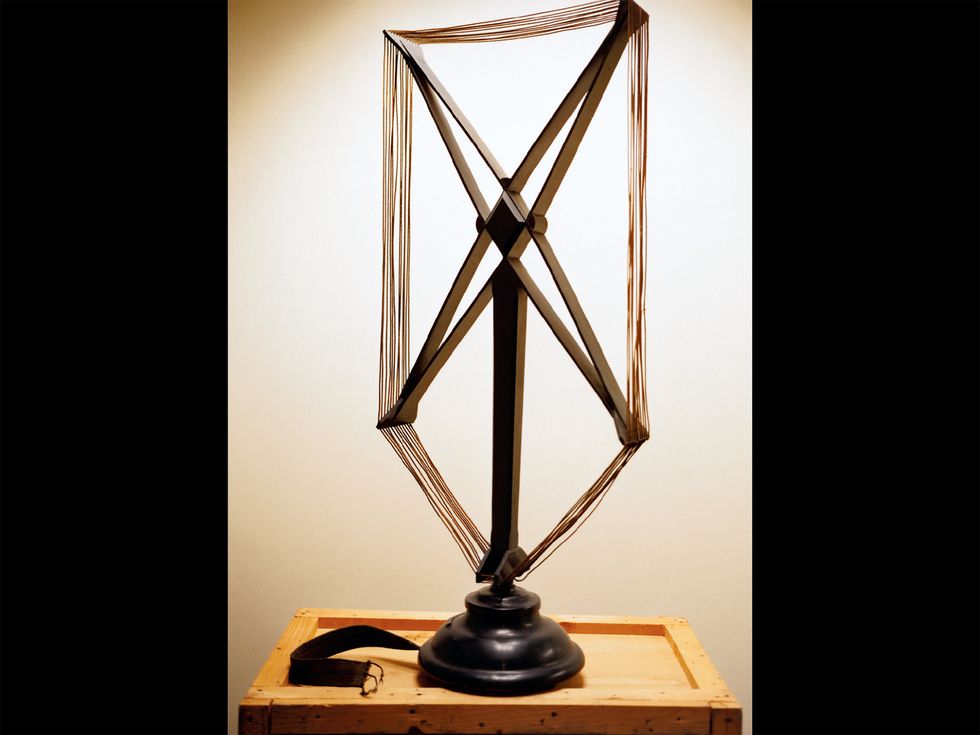 Early Signals: This loop antenna, built in the 1920s, consists of 12 coils of wire on a wooden frame. It needs to be pointed directly at the signal source. But the basic design is still favored by do-it-yourselfers because it is easy to build and can pick up weak radio signals.

These neurons mimic a brain playing the classic video game

These neural cells from the DishBrain bear fluorescent markers—green for neurons and axons, purple for neurons, red for dendrites, and blue for other cells. Where multiple markers are present, the colors are merged.

Ever hear of the Turk—the 19th-century mechanism topped by a turbaned head that played chess against all comers? In fact, hidden inside was a diminutive chessmaster, one you might imagine deadpanning, “Eh, It’s a living.”

Then there’s its namesake, the Mechanical Turk—a 21st-century service offered by Amazon to mark up images on the Web with the help of crowdsourced freelancers. They, too, might intone, glassy-eyed, “It’s a living.”

Why Sensors Are Key IoT Cybersecurity

Sensors enabled by the Internet of Things are network-connected smart devices that collect and transmit real-time data about their environment. The data they provide lets people make better-informed decisions.

The use of IoT sensors has grown explosively in recent years because their increasing functionality, small size, and low power consumption allow designers to deploy them in new applications to increase productivity and lower costs. The sensors are being used in new ways to maximize the capabilities of network-connected systems and infrastructure.

What Is the Uncanny Valley?

With This Bionic Nose, COVID Survivors May Smell the Roses Again