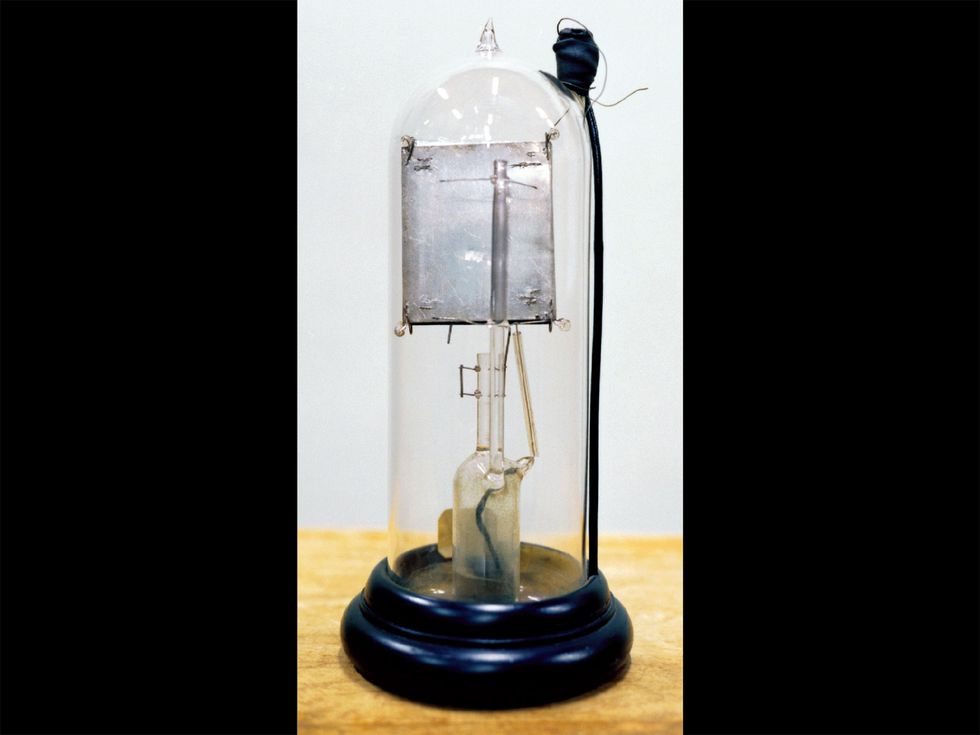 Show Time: This vacuum tube received images during the first U.S. public demonstration of television in 1927. The signal was transmitted by radio from Whippany, N.J., to the Bell Telephone Labs building in downtown New York City. The tube created pulses of light, which were directed by a scanning wheel receiver to form the viewable image.

Ottobot can maneuver through crowded places without GPS

Joanna Goodrich is the associate editor of The Institute, covering the work and accomplishments of IEEE members and IEEE and technology-related events. She has a master's degree in health communications from Rutgers University, in New Brunswick, N.J.

The Ottobot can adjust its position and height so that anyone—including children, the elderly, and people with disabilities—can reach its payload. The robot’s compartments are large enough to allow it to make multiple deliveries in a single run.

Sometime next year, an autonomous robot might deliver food from an airport restaurant to your gate.

The idea for Ottobot, a delivery robot, came out of a desire to help restaurants meet the increased demand for takeout orders during the COVID-19 pandemic. Ottobot can find its way around indoor spaces where GPS can’t penetrate.