CREATE AN ACCOUNTSIGN IN
Careers Type News Topic The Institute 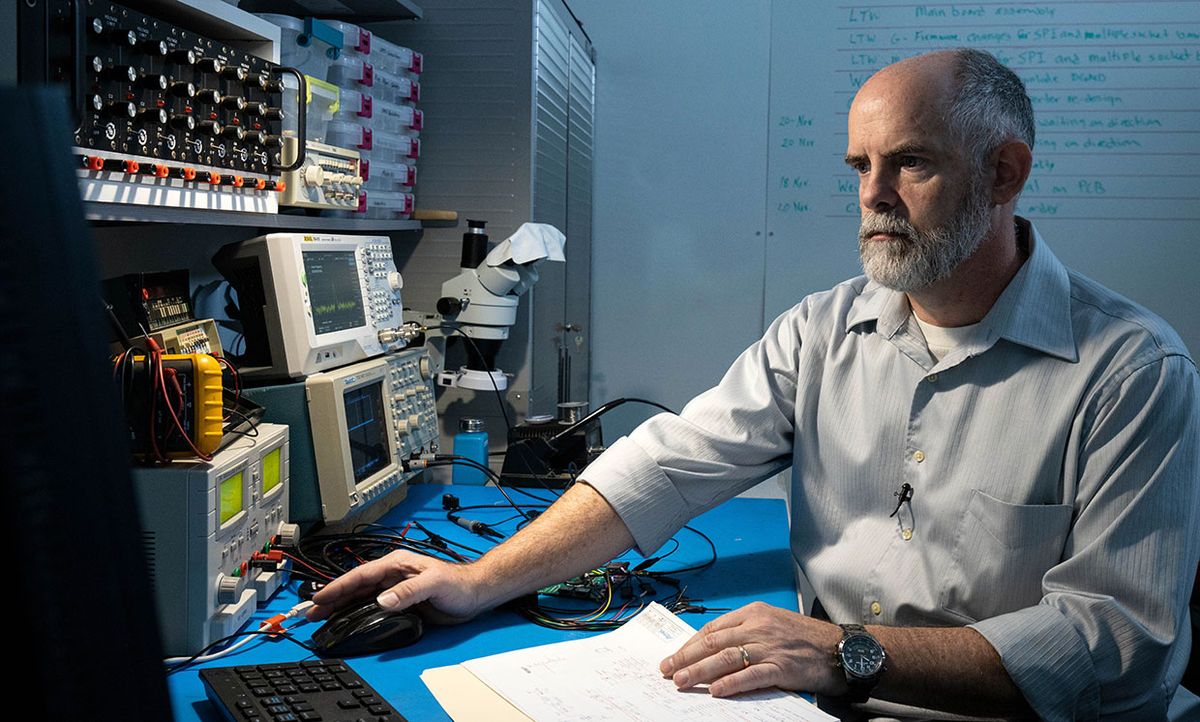 Greg Mills, co-owner of Southwest Engineering Concepts, is suing the Arizona State Board of Technical Registration over his right to call himself an engineer despite not being a state-licensed professional engineer.
Photo: Institute for Justice
tech careers ieee member news engineer

An Arizona man is suing the state’s technical registration board to protest being fined for working without an engineering license, which he maintains he doesn’t need because it doesn’t pertain to the type of work he performs.

It’s the latest case pitting engineers against state licensing agencies that by some accounts have become more aggressive in attempting to regulate who can call themselves an engineer, even as the use of that term becomes more widespread. Meanwhile, licensing proponents maintain it’s necessary for the public interest and point out that Arizona statutes have clear definitions of what an engineer is.

The suit (PDF) was filed 5 December in Maricopa County Superior Court on behalf of Greg Mills, co-owner of Southwest Engineering Concepts, of Chandler, a suburb of Phoenix.

The central issue is Mills’ right to call himself an engineer despite not being a state-licensed professional engineer. Mills, an IEEE Member, has worked as an engineer for three decades, at first for aerospace and tech companies. For the last 10 years, he and his wife have co-owned a three-person engineering consulting firm that makes electronics prototypes and other equipment for startups and small and mid-sized companies that can’t afford to hire in-house engineering staff.

According to the suit, a client notified the Arizona State Board of Technical Registration that Mills wasn’t a licensed professional engineer as the result of a business dispute. In an interview with IEEE Spectrum, Mills said the client had invented a sun-shade umbrella with battery-operated mister and wanted Mills to update it with the latest size USB port to make it easier to recharge. The prototype took more time to build than the hours Mills’ included in his original estimate. But when he asked for an additional fee to complete the work as had been spelled out in the initial estimate, the client refused to pay. “It is an estimate and as we work through it, if something comes up that wasn’t in the estimate, we call the customer and tell them about it,” Mills said.

Mills believes the now-former client reported his lack of an engineering license to the state’s technical registration board because soon after the dispute a board investigator notified him that because he didn’t have a state-issued engineering license he had to stop doing engineering work and pay a $3,000 fine. Mills refused, claiming he didn’t perform the type of work the board had authority to regulate.

“I was aware that I’m not legally allowed to call myself a professional engineer if I’m not,” Mills said. “I’ve been an engineer for many years. To start my business and call myself an engineer, it never occurred to me that it would cause any trouble for anybody.”

The board later doubled the fine and continued to demand that Mills stop doing engineering work, according to the suit.

“Government licensing boards are often aggressive, and they don’t believe that the First Amendment applies to them”

So far, the lawsuit hasn’t affected his business, Mills said. But the handful of engineers he frequently subcontracts work to are worried the board might come after them too, he said.

As of 11 December, Mills’ lawyers were in the process of serving individual board members with the suit. A spokesperson for the board did not respond to several requests for comment.

Mills is represented by the same public interest law firm that helped an Oregon engineer win a similar suit against that state’s engineering licensing agency. In January, a judge in federal district court ruled that Oregon illegally infringed on Mats Järlström’s First Amendment rights when it fined the Beaverton man $500 because he wrote “I am an engineer” in correspondence discussing the state’s yellow traffic-light system.

In 2017, the Oregon State Board of Examiners for Engineering and Land Surveying had fined Järlström for violating a state law governing who can call themselves an engineer because he wasn’t a state-registered professional engineer. Järlström sued the board, which in June 2018 admitted its interpretation of the law violated his free-speech rights. As part of its ruling, the federal district court found that the board had a history of overzealous enforcement actions and called its restrictions on the use of the word engineer “substantially overbroad.”

Prior to Järlström’s case, Oregon’s engineering licensing board investigated at least a dozen other alleged violations of its engineering title law. Among them were candidates for public office who listed themselves as engineers in their biographies in voter pamphlets, a citizen who called himself an engineer in a public comment on a local ballot initiative, and a software company for referring to its employees as engineers, according to documents (PDF) filed by Järlström’s lawyers as part of his case.

Oregon and Arizona aren’t alone in their aggressive interpretation and enforcement of engineering licensing laws, said Sam Gedge, a lawyer with the Institute for Justice, which represented Järlström and works with other individuals in right-to-work disputes.

“Overreach by engineering boards is symptomatic of a broader phenomenon: Government licensing boards are often aggressive, and they don’t believe that the First Amendment applies to them,” Gedge said in an email. “Oregon’s and Arizona’s engineering boards are extreme examples of state agencies targeting speech. But they’re hardly unique.”

Agencies in New Mexico and North Carolina have pursued similar investigations of unlicensed engineers working in those states, although some of those were eventually dropped, Gedge said.

Arthur Schwartz, deputy executive director and general counsel for the National Society of Professional Engineers, an individual membership society that represents about 32,000 professional engineers, disputed Mills’ claims. State engineering licensing laws are beneficial because they help protect the public interest, and Arizona statutes have clear definitions of what constitutes engineering and who can call themselves an engineer, he said.

Schwartz characterized the lawsuit as part of a series of actions to challenge licensing laws nationwide. “In a sense what the Institute for Justice and Mills are really engaging in is a frontal assault on the statute that defines what an engineer is,” he said.

More from The Institute

From Engineering Intern to Chairman of Tata

Become an IEEE member and get exclusive access to more stories and resources, including our vast article archive and full PDF downloads
JOIN IEEESIGN IN
Get access to unlimited IEEE Spectrum content
Network with other technology professionals
Establish a professional profile
Create a group to share and collaborate on projects
Discover IEEE events and activities
Join and participate in discussions
Careers Type Feature Topic Special reports