Apple Has the Most Powerful Patent Portfolio in Consumer Electronics 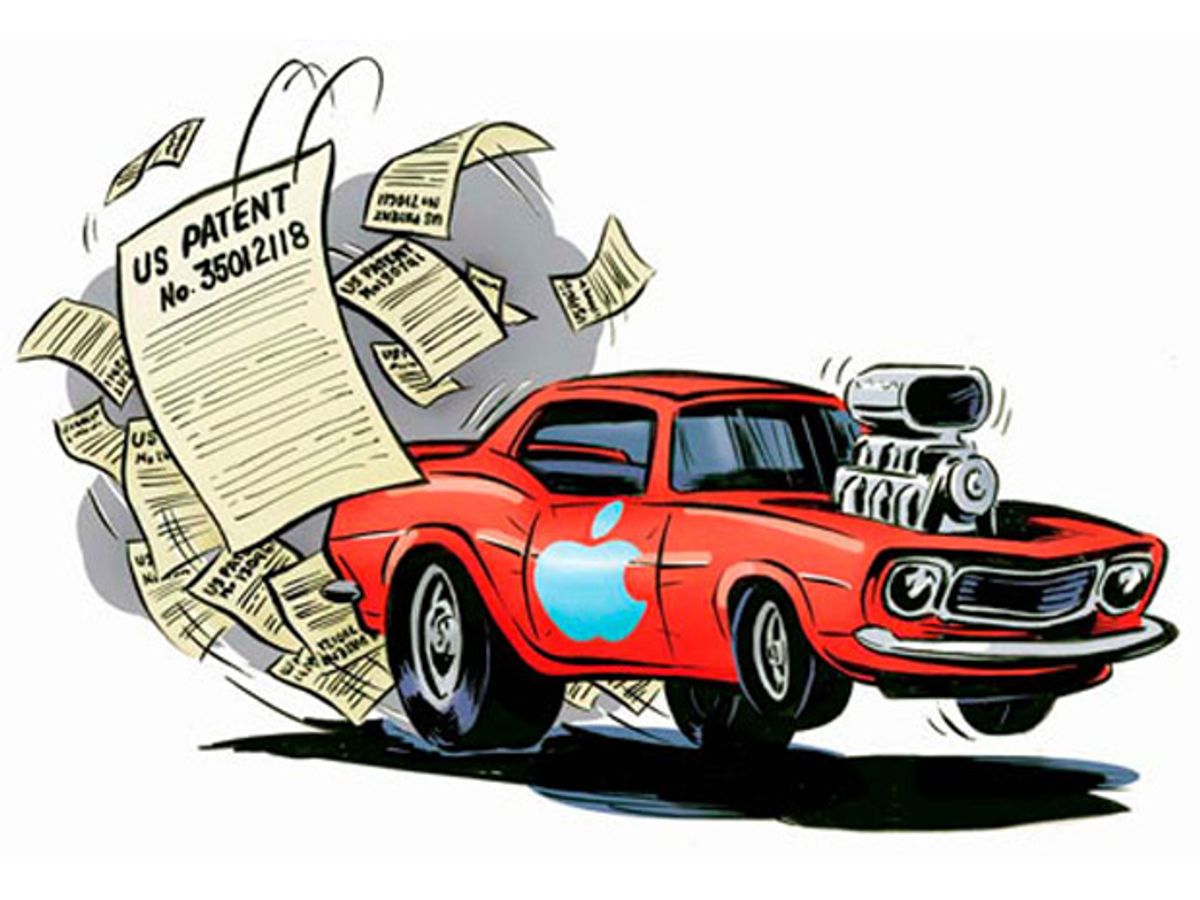 The U.S. economy might be sputtering along, but its engines of innovation are still growling like a hemi, according to our latest Patent Power scorecards. [Download the PDF of all the Patent Scorecards.] Apple was the biggest mover on this year’s scorecards, surging from 14th place in the 2009 Electronics scorecard to first place in 2010, and the company is now ranked ahead of industry giants Hitachi, Panasonic, Canon, and Sony.

Apple’s commitment to innovation can be seen in both its number of patents, and the quality of these patents. In 2010, Apple was granted a total of 566 U.S. utility patents, a fivefold increase over the 110 U.S. utility patents it was granted in 2006. And this number does not include patents it acquired from elsewhere—for example, as part of the consortium that recently purchased the Nortel Networks patent portfolio. Rather, these are patents that issued under Apple’s name or the names of its subsidiaries, and so are largely the results of internal research efforts.

Even after such rapid growth, Apple’s patent portfolio is still dwarfed by those of others on the Electronics scorecard. Panasonic was granted 3132 U.S. utility patents in 2010, the most of any electronics company, followed by Hitachi (2924), Canon (2715), and Sony (2417). So how does Apple’s comparatively small portfolio come out on top? The answer is that Apple’s patents score much higher than the other companies’ patents for both Pipeline Impact (they are cited as "prior art" 70 percent more frequently than average) and Pipeline Generality (they are 37 percent more generally applicable than average). This puts Apple first among all electronics companies in 2010 in terms of overall Pipeline Power.

For a full explanation of how the scores are calculated, see "Patent Power."

Apple is not alone among its competitors in attempting to develop a robust patent portfolio. Since the Nortel Networks Corp. patent auction, much has been written about a developing patent race among Apple and its competitors. For example, after losing the auction, Google quickly started buying patents from IBM, looked at acquiring patent-intensive InterDigital, and has agreed to buy Motorola Mobility, a move seen by many as driven by the latter’s extensive patent portfolio.

Yet the patent race is not based solely on acquisitions. Like Apple, Google has dramatically increased its own patent production in recent years and is second to Yahoo on the 2010 Communication/Internet Services scorecard. In 2010, Google was granted 283 U.S. utility patents, compared to only 28 in 2006. Over the same period, Research in Motion saw its number of U.S. utility patents increase from 101 to 529. It will be interesting to see how this race develops as these companies, which have until recently largely eschewed patents, endeavor to build ever stronger patent portfolios to protect their innovations, both through acquisitions and internal research.

As far as countries are concerned,, there’s an interesting reversal to note from last year’s scorecards, which were based on U.S. patents issued in 2009, to this year’s, based on U.S. patents issued in 2010: While the number of U.S. companies on the scorecards rose to 211, or 64 percent of the total, the number of Japanese companies fell to 47 out of 331 (14 percent). U.S. companies ranking No. 1 in their respective categories include:

Nowhere can the reemergence of U.S. companies be seen more strongly than in the chemicals industry. Only 3 of the 20 companies on the 2009 Chemicals scorecard were U.S.-based—Dow Chemical, Du Pont, and Rohm and Haas (a Dow subsidiary). This number increased sharply in 2010, with 9 U.S. companies on the scorecard, including companies reappearing after failing to qualify in 2009, such as Eastman Chemical and Cabot. U.S. companies also significantly increased their presence on the 2010 Automotive and Parts, Conglomerates, and Electronics scorecards.

Overall, the United States and Japan account for more than three-quarters of the companies on the 2010 Patent Power scorecards. But while U.S. and Japanese companies continue to dominate, as they have for numerous years, China is beginning to emerge. For the first time, there are three Chinese companies on the scorecards: Fu Zhun Precision Industries (electronic and electrical components), Huawei Technologies (communications networks), and ZTE Corporation (telecom equipment).