8 Must-Have Implants for the Cyborg Patient 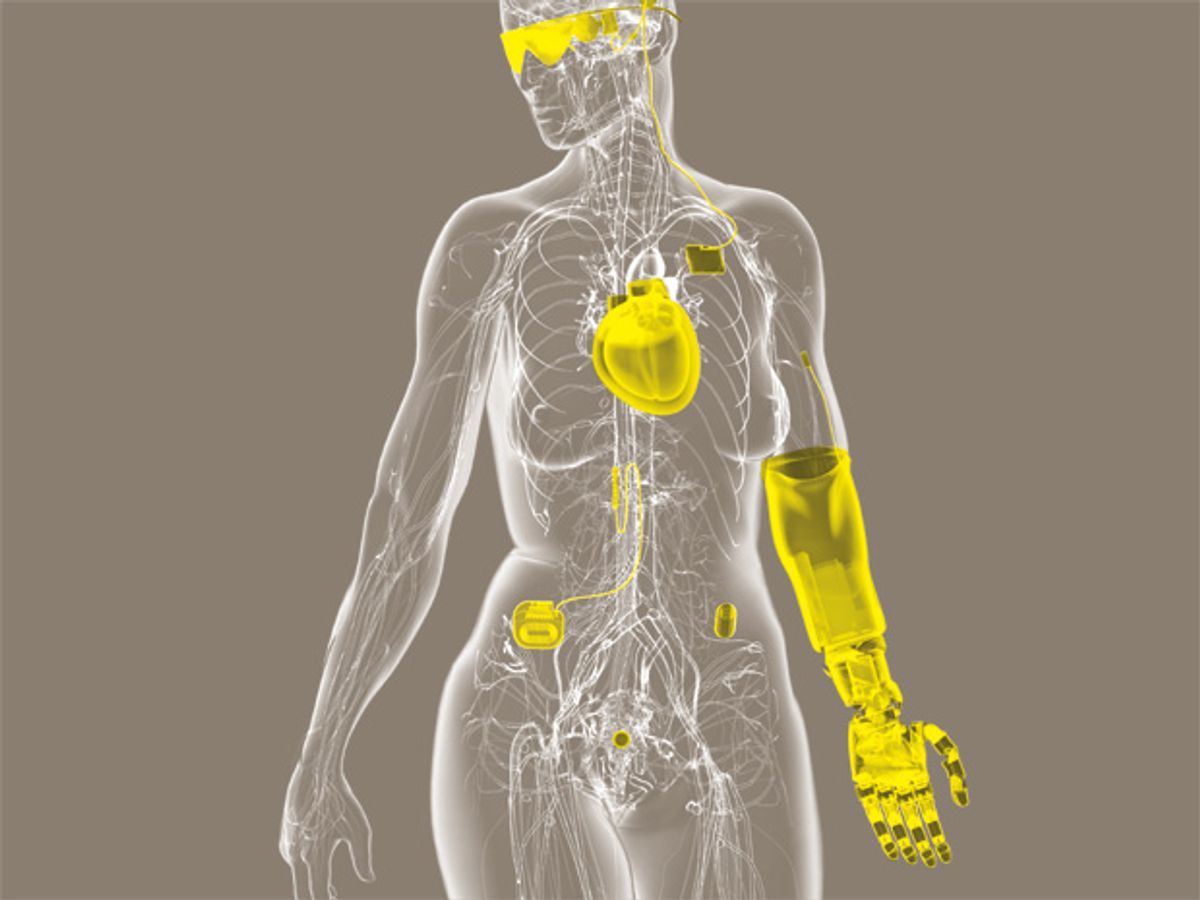 Illustration: Bryan Christie Design
Modern medicine offers a multitude of ways to go bionic: Today’s implanted electrical devices can stimulate the nervous system, restore the senses, deliver drugs, and may soon replace entire organs. Here’s a sampling of cyborg technologies that benefit from advances in processing power, batteries, and sensors, which allow these devices to adapt therapies on the fly.

This article originally appeared in print as “The Ultimate Cyborg Patient.”