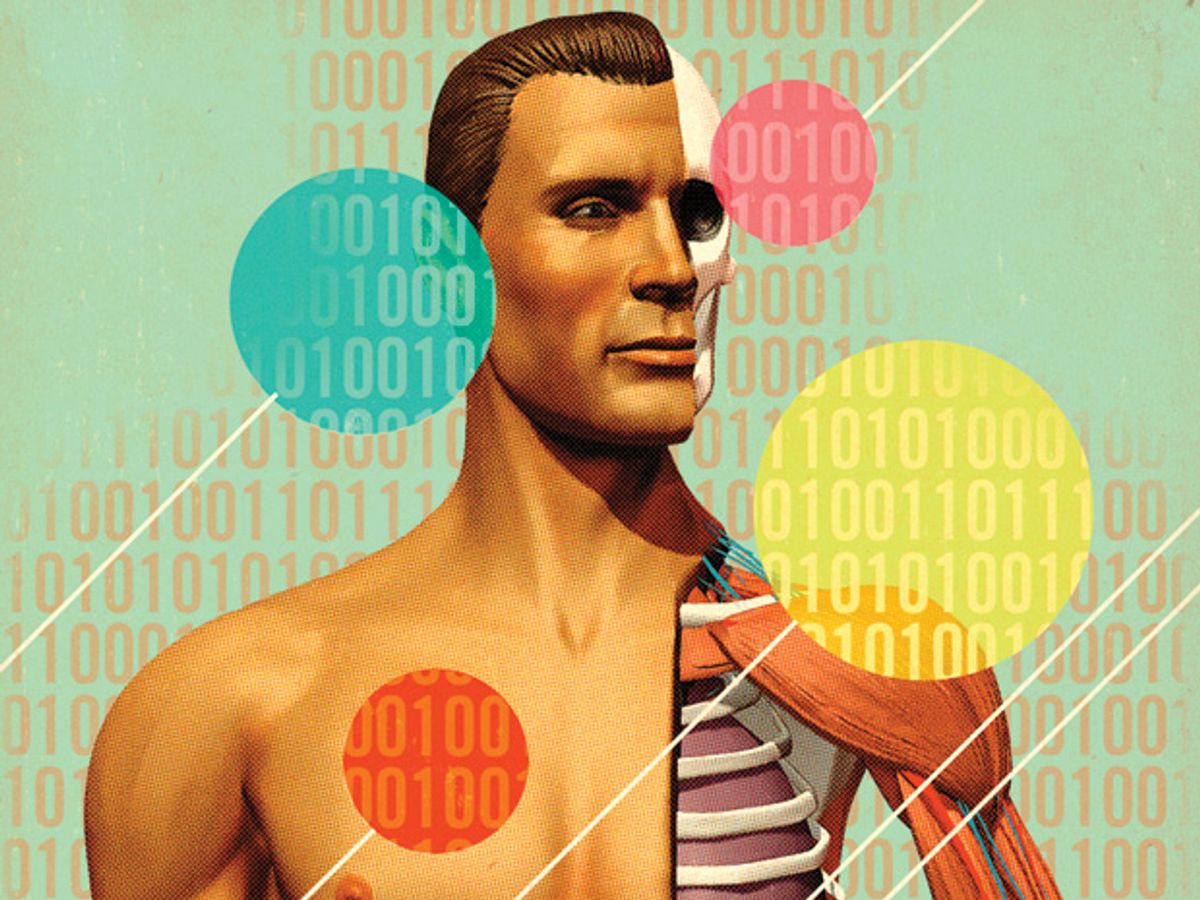 When a friend asked Ed Lazowska to join a study in which researchers would obsessively monitor his body and then give him tips on improving his health, he was wary. “My wife and I really enjoy drinking wine,” confesses Lazowska, a computer scientist at the University of Washington. What if the data told him he had to cut back?

But curiosity got the better of him, and he enrolled. On the researchers’ dime, he got his genome sequenced. He let a local lab technician draw 14 vials of his blood every three months. And he collected his own spit, urine, and stool samples, which he shipped from a FedEx store.

Using these specimens, investigators measured concentrations of more than 250 proteins, fats, sugars, vitamins, minerals, hormones, and other molecules circulating in Lazowska’s bloodstream. They cataloged dozens of species of microbes living in his gut. Through the Fitbit band on his wrist, they tracked his physical activity and sleep.

All this information went into the computers of the Institute for Systems Biology, a nonprofit research outfit in Seattle, where scientists, led by president and cofounder Leroy Hood, are now analyzing data from 105 volunteers. These brave self-samplers receive medical advice in return for their efforts. But Hood also considers them the first cohort in an experiment of vast ambition.

For his 100K Wellness Project, Hood hopes to recruit 100,000 healthy people like Lazowska and scrupulously observe their physiology for 25 years, waiting for the healthy to turn sick. No one has ever scrutinized so many able-bodied people in such detail before. Only recently have genome sequencing and other bioanalytic methods become fast and affordable enough for someone to propose such a venture and not get laughed out of the room. (The institute will likely rely on philanthropic foundations to fund the project’s next stage—an expansion to 1,000 subjects—and may seek government grants or industry partners to scale up.)

Hood believes this data-intensive probe of human biology will reveal the earliest harbingers of such killers as cancer and heart disease, and change health care in the process. Modern medicine, he laments, focuses on sickness, not wellness. Doctors treat symptoms after they emerge rather than trying to prevent them. But what if doctors could track thousands of minute changes in their patients’ bodies and make sense of that data? Could they stave off disease much longer?

Hood calls his approach P4 medicine—medicine that is predictive, preventive, personalized, and participatory. Expounding on it, he can sound more like an evangelist than an empiricist. He’s free with phrases like “profound revolution” and “paradigm shift.” And he will do his darndest to convince you that a health care system based on “optimizing wellness” would “save enormous amounts of money.” But not everyone is convinced.

All 105 participants who completed the pilot study got results they could act on. Lazowska learned that his mercury levels were distressingly high. “So I switched from tuna sushi to salmon sushi, and my blood mercury dropped in half,” he says. He also had elevated levels of a blood biomarker called homocysteine, which may increase risk of heart disease and stroke. That spike might have been a mystery if not for a second data point: Lazowska’s genome scan showed a gene variant that made it difficult for his body to absorb the B vitamin folate, which keeps homocysteine in check. After he tweaked his vitamin regimen, his homocysteine levels settled down to normal.

Yet some researchers caution that the project’s ability to predict and prevent illness isn’t yet proved. There isn’t clear evidence, for example, that taking B vitamins to lower homocysteine levels actually reduces risk for heart problems. And it’s tough to ferret out the origins of disease while simultaneously trying to avert it. “Active intervention changes the thing you want to study,” says Vasan Ramachandran, principal investigator of the Framingham Heart Study, which began in 1948.

Hood and his colleagues are confident that big-data analytics will enable scientists to sort through that complexity. By observing a large population over time, his team expects to identify many smaller cohorts that can be compared. “Not everyone will follow the advice they get,” says Joel Dudley, director of biomedical informatics at the Icahn School of Medicine at Mount Sinai, in New York City. For example, some people with high mercury will keep eating tuna. Some will switch to salmon. Does that menu revision alter well-being? “You can see in real time what little interventions send one group one way and another group another way,” says Dudley, who plans to collaborate with Hood’s team.

Another concern: Intensely monitoring healthy individuals could make them less well, not more. Take today’s screenings for prostate cancer, which often flag benign lesions and slow-growing tumors that will never become life threatening. Worried that patients were undergoing unnecessary surgeries, medical groups recently scaled back screening recommendations. The more measurements you take, the more likely you are to find something wrong. “As my internist friend likes to say, ‘Nobody’s healthy—they just haven’t been tested enough,’ ” says Nigel Paneth, a professor of epidemiology and biostatistics at Michigan State University.

Hood disagrees. By tracking a variety of biomarkers, he contends, health professionals will gain a deeper understanding of disease and ultimately produce smarter diagnoses. But even if doctors have better information, will people make better health choices? Even the fanciest genetic sequencers, chemical assays, and data analytics may simply state the obvious: Eat better, quit smoking, reduce stress. As for Lazowska, he’s still enjoying his wine.

Ariel Bleicher is a senior editor at Nautilus. She was intrigued by the premise of the 100K Wellness Project. “It’s a tantalizing idea—being able to monitor your body so intensely that you know you’re getting sick way before you actually feel sick,” Bleicher says. “The billion-dollar question is: Could that knowledge help you avoid sickness altogether?”